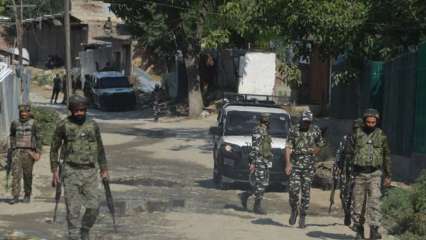 An unidentified militant has been killed in an ongoing encounter that broke out between forces and militants within the Shirmal space of the Shopian district of South Kashmir.

“One militant has been killed within the ongoing gunfight,” the Kashmir Zone police tweeted, including that the operation is underway.

Earlier, police in a tweet said {that a} gunfight has broke out within the Shirmal space of Shopian.

“Encounter has began at Shirmal space of #Shopian. Police and safety forces are on the job. Additional particulars shall comply with,” Kashmir Zone Police tweeted.

The firefight between the terrorists and safety forces passed off after a joint crew of the police and the military cordoned off the world and launched a search operation on the idea of particular details about the presence of terrorists.

Because the safety forces zeroed in on the spot the place terrorists had been hiding they got here below a heavy quantity of fireplace that triggered the encounter.