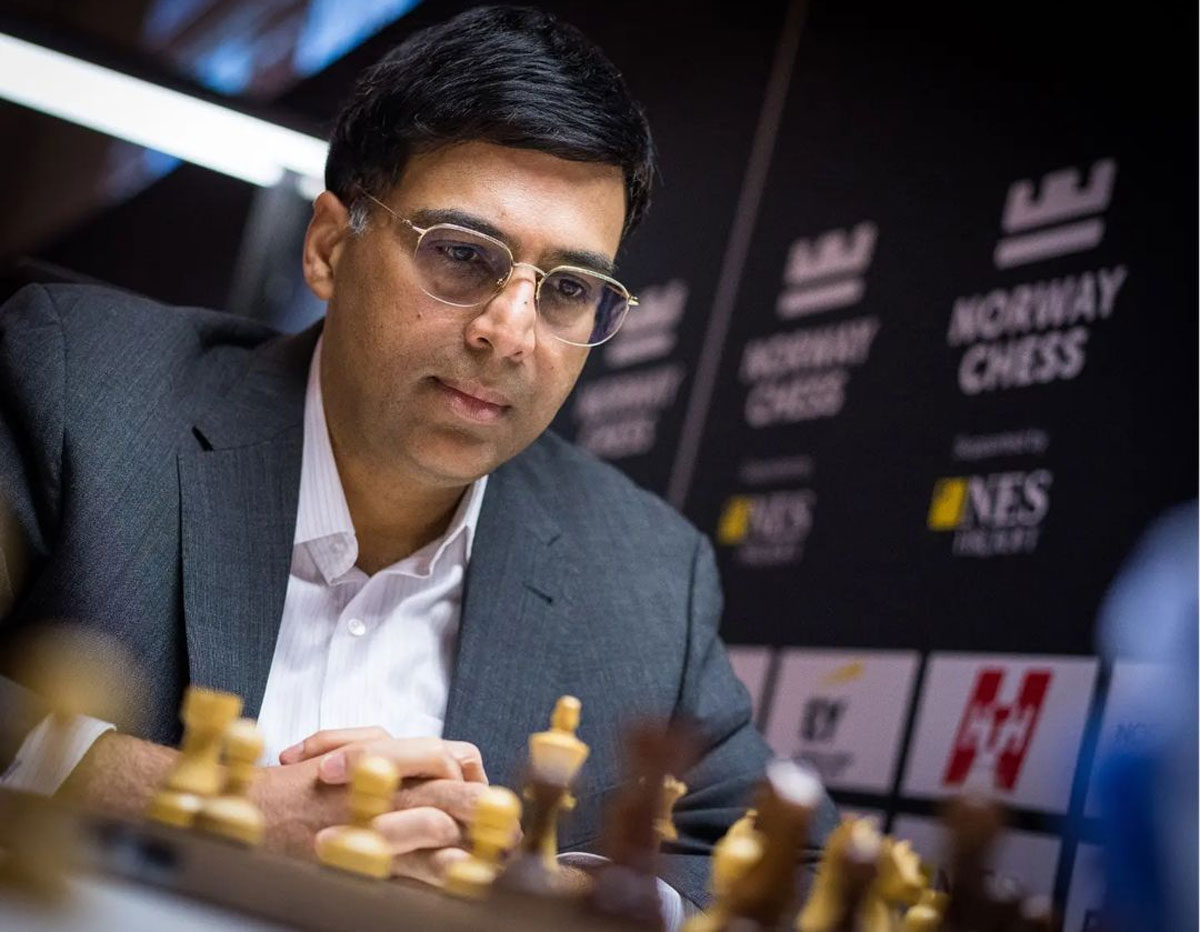 Indian maestro Viswanathan Anand defeated Azerbaijan’s Teimour Radjabov in the Armageddon in the seventh round of the Norway Chess tournament to remain in the second spot behind world number one Magnus Carlsen.

The 52-year old Indian grandmaster has 13 points after the seventh round, half a point behind Carlsen, who was shocked by Norwegian compatriot Aryan Tari in the sudden death tie-break.

Anand and Radjabov drew their Classical match in 42 moves in a Guicco Pianissimo game.

In the subsequent sudden death tie-break (Armageddon), the former world champion needed only 25 moves to beat the Azerbaijan player to secure a win early on Wednesday.

Meanwhile, Carlsen went down to his countryman in 37 moves after the classical match had ended in a stalemate.

Azerbaijan star Shakhriyar Mamedyarov scored over Anish Giri to move to third spot with 11.5 points along with Maxime Vachier-Lagrave, who defeated Wesley So. Both scored wins in the classical for full three points.

In the other match of the day, China’s Hao Wang edged veteran Veselin Topalov in the Armageddon.

In the ongoing tournament, the players take part in an Armageddon (sudden death) in case of a draw in the classical game.

This plasma ignition system can increase engine efficiency by 20%

DGCA Makes Masks Mandatory On Flights Amid Covid Surge, Violators Can Be Put On 'No Fly List'