New film from producers of Nezha slated for release in July 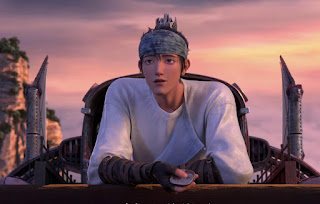 Famed for producing the 2019 animated blockbuster White Snake, the studio has released a teaser of the new title, which is known in Chinese as Xin Shen Bang: Yang Jian, literally meaning New God List: Yang Jian in English.

The upcoming film revolves around Yang Jian, a mythological figure who, just like Nezha, is also from the Ming Dynasty (1368-1644) novel The Investiture of the Gods.

It is the same book that inspired the 2019 movie Ne Zha by Beijing Enlight Pictures which pocketed 5 billion yuan (about $784 million).