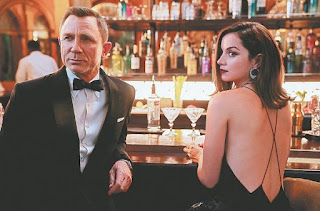 The 25th installment in the Bond franchise, also Daniel Craig’s fifth and final in the role of British spy James Bond, ended its twelfth day of screening with 7.26 million yuan (about 1.14 million U.S. dollars), which accounted for nearly 32 percent of the country’s total box office revenue on Tuesday.

War epic film “The Battle at Lake Changjin” ranked second with a revenue of over 4.94 million yuan.

The war film was followed by romantic drama “The Curious Tale of Mr. Guo,” which raked in about 2.35 million yuan on its fifth day of screening.

Lowest bid may no longer be enough to win govt tender after Centre's latest move, here's why