(china org) The Qilin, a legendary creature from Chinese mythology, plays a key role in the new installment of the “Fantastic Beasts” franchise, which hit Chinese screens on Friday amid the COVID-19 resurgence shutting down more than 57% of cinemas nationwide. It is also the only blockbuster to open in China during this period, and audiences will likely be happy to see Chinese elements in the movie.

Set several years after the events of the previous installment, “The Crimes of Grindelwald,” “Fantastic Beasts: The Secrets of Dumbledore” starring Eddie Redmayne, Jude Law, Dan Fogler, Alison Sudol, and Mads Mikkelsen, follows Albus Dumbledore tasking Newt Scamander and his allies with a mission that takes them into the heart of dark wizard Gellert Grindelwald’s army.

In the tradition of the “Fantastic Beasts” series, the new film features a variety of magical creatures, but none figures more prominently than the Qilin. “The Qilin is one of our core characters,” producer Tim Lewis said, revealing that J.K. Rowling gave a detailed description in the script.

Revered in the magical community, this rare creature possesses the innate ability to see into a person’s soul and know if they are pure of heart — a gift that makes the Qilin integral to Grindelwald’s machinations to seize power as well as Dumbledore’s plan to stop him.

The Qilin generally has Chinese dragon-like features on its head, while its body is wholly or partially scaled and often shaped like an ox, deer, or horse. This auspicious hybrid beast appears in Chinese mythology and is closely associated with emperors and sages in Chinese culture, besides the dragon and the phoenix.

The beast’s role now is tied to the choice of a new leader of the wizarding world. The film’s director David Yates said, “In the wizarding world of the past, the Qilin was called upon in elections: All the candidates would line up, and the Qilin would go up to each candidate, and if it bowed to one, that would influence the people’s choice.”

The series’ original creator J.K. Rowling expands the wizarding world in “The Secrets of Dumbledore,” as the adventure circles the globe from China to Great Britain, from America to Germany, and from the Austrian Alps to Bhutan. The movie also takes audiences back to revisit the beloved Hogwarts School of Witchcraft and Wizardry and the nearby village of Hogsmeade.

In the film, Newt seeks out the Qilin in a remote mountainous region of Asia. In order to re-create that environment authentically, a small team of filmmakers embarked on a scouting trip to find the perfect backdrop for the Magizoologist’s quest to find the treasured beast. They found the landscapes they wanted in Guangxi Zhuang autonomous region in China.

Detian Falls in Nanning and the Lijiang River in Guilin provided just the right look for the setting. The Lijiang River, with its limestone karsts and statuesque cliffs patterned by aging and minerals, appears in the film, while the crew also created a stunning waterfall set in the U.K. based on Detian Falls. In addition, Guilin’s Moon Hill, a large, round limestone cave with a moon-shaped hole in its center, became the template for the Qilin nest. 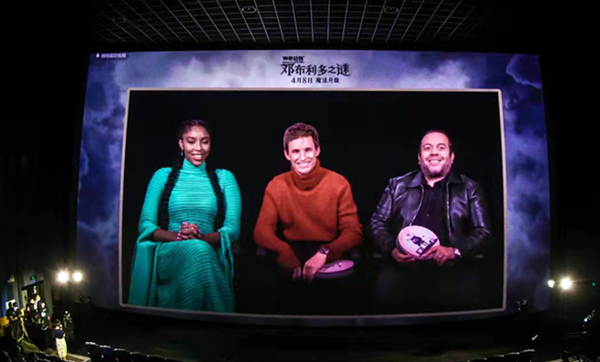 The action in the film spans six countries over three continents, but the actual shooting footprint was considerably smaller. The filmmaking team worked their own brand of magic, fabricating each of those far-flung locations on the soundstages and massive backlot of Warner Bros. Studios Leavesden in England, home to the Wizarding World films for more than 20 years.
“One of the great things about how Rowling broadens these stories is: You get the sense that they can take you anywhere in the world,” Yates said. “And this film truly has an international canvas.”
As for the title character, actor Jude Law said playing Dumbledore is more like a process of regression, and one of his joys was to go back and understand that he’s not the fully formed Dumbledore of the “Harry Potter” books and films. “He’s a man still finding his way, still confronting and resolving his demons.”
Actor Eddie Redmayne said he loves the relationship between his character, Newt, and Dumbledore, which has got that complexity of master and apprentice and then evolved to being something almost fraternal. “What I also love about this movie is that it’s like a wizarding heist movie in which a group of outsiders all band together, all of them unconventional with an unconventional leader, and there’s a kind of wonder in that.”
David Yates so far has directed four “Harry Potter” films and three “Fantastic Beasts” films. This year, the “Harry Potter” franchise also celebrates the 20th anniversary of the first film, “Harry Potter and the Philosopher’s Stone.” For him, what’s enduring about these movies is: “I think they just become a safe place to go to for lots of people. They celebrate certain values, loyalty, love, friendship, empowering the outsider, and the person you always underestimate, which resonate with many people in the real world. And they do it in this magical space.” 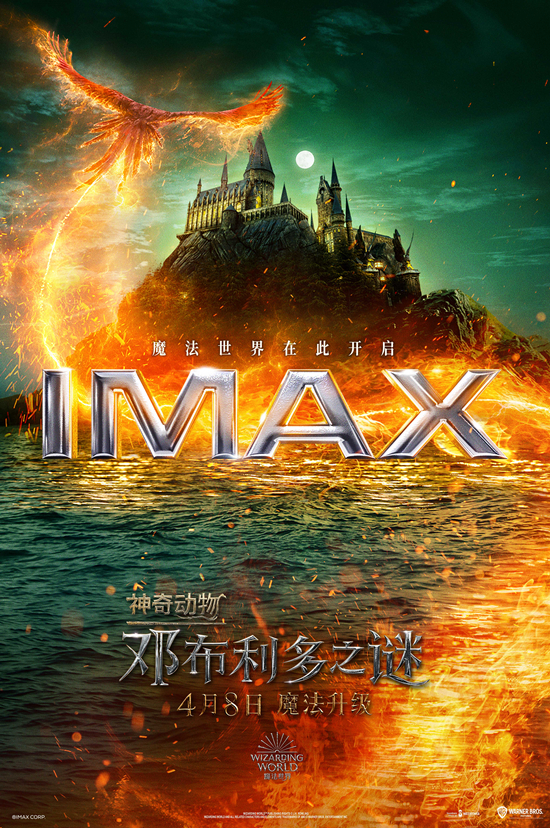