Have you ever wondered how many Indian students are studying in foreign countries? Or what percentage of women read the newspaper at least once a week? Chances are you hardly get the opportunity to engage with such data. But if you scroll through the Instagram page, ‘India in Pixels’ (IIP), you might find answers to such questions, and get more information about other similar queries. In fact, you may also encounter a few absurd yet striking statistics, such as ‘How many Olympic-sized swimming pools can ‘Paan saliva’ fill each year from each Indian state?’.

Started by Gurugram-based software engineer, Ashris Choudhury, IIP is a data visualisation platform through which Choudhury uses statistics to engage the viewer in meaningful (and sometimes fun) discourses. Through visually-appealing maps, Choudhury simplifies a slew of information, making it easy to read, analyse, and understand. Prime Minister Narendra Modi has also appreciated Choudhury’s skills, as he tweeted an IIP graph on UPI and digital payments a few months ago, calling it “very interesting, impressive and obviously informative”.

The idea to start a data visualisation platform came to Choudhury after a lot of retrospection. A year after graduating from India Institute of Technology, Kharagpur, he joined the MIT Media Lab. Here, Choudhury was building Augmented Reality (AR) applications for children and making learning physics and mathematics easy and fun. During various conversations with peers at the Lab, it dawned upon the 28 year old that he was “away from his roots”. “I would be asked my views on say, Kashmir, and I realised I did not have the answers. This showcased that I don’t want to solve first-world problems of a culture I don’t identify with, and there is a problem back home,” he shares.What started with a desire to engage with happenings around the country is now a full-fledged platform for Choudhury to take up a question, engage with data, and publish the information using visuals. “I wanted to discover India on my own terms,” he says, reflecting upon the journey.

On discussions that matter

Scroll through IIP and you will find maps about something as intricate as the percentage of households that own a two-wheeler in India to something as quirky as a data visualisation of AR Rahman’s famous song Kun Faya Kun. Sharing how he comes up with ideas for the page, he says, “If I see a news or an issue, I let my brain wander and think about what’s around that issue. Some questions are random, just 3am ideas. It is a mixed bag; there is no pattern per se.”

The next step is generating raw data, which Choudhury can read, analyse, and later convert into an interesting map. “I am good at Google-ing,” he comments, explaining how he switches several tabs when looking for interesting statistics. Websites of the Ministry of Planning, NITI Aayog, Reserve Bank of India, National Family Health Survey, India, come in handy, he shares. Sometimes, he collects data firsthand as well. The raw numbers are then transformed into a graphic image, usually representing the Indian map, since this—Choudhury mentions—“works on social media”. “Once I get the data, I analyse it through Python and then put in the Java Script code that converts it into a colour scale. Some detailing is done on Photoshop,” he explains. 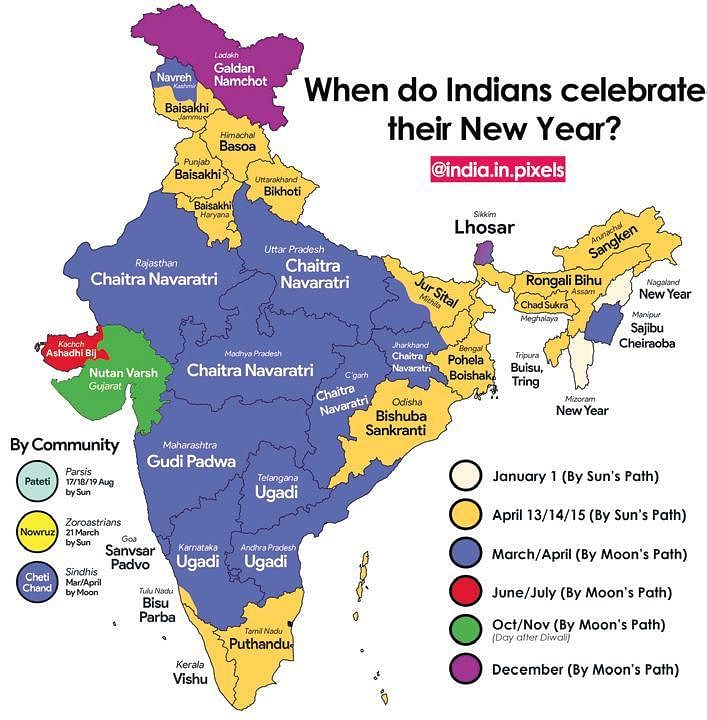 Calling the response he has received “crazy”, Choudhury says that he was not aware that such a project (“nerdy”) would resonate with people. “I think people are willing to consume information-heavy content that takes a while to process.” For Choudhury, the best part about the work he does is how each post triggers people to share more insights in the comments. Choudhury recently partnered with e-learning platform, Unacademy to launch a data visualisation course that has about 500 enrollments. “The community is really supportive [of similar content] and people are willing to learn how to make this kind of stuff,” he concludes.

WhatsApp lets users delete a private or group chat message up to two days and 12 hours after sending it; previously, users were allowed a little over an hour (Filipe Esp&oacute;sito/9to5Mac)