BJP fact-finding team, that visited Nadia district to get the ground report of Hanskhali gangrape, on Wednesday, submitted its preliminary report to JP Nadda and recommended dissolution of Mamata Banerjee government in West Bengal 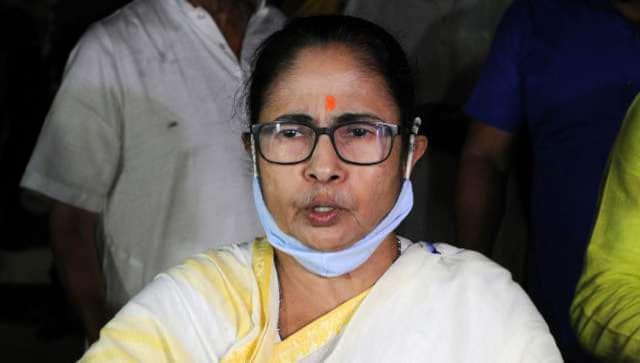 West Bengal Chief Minister Mamata Banerjee has decided to send an all-women fact-finding team to Delhi’s Jahangirpuri where riots broke out on 16 April during a Hanuman Jayanti procession after a BJP panel indicted TMC government in Hanskhali rape case.

Incidentally, the BJP fact-finding team, that visited Bengal’s Nadia district to get the ground report of Hanskhali gangrape, submitted its report to JP Nadda and recommended dissolution of her government in the state.

The Mamata Banerjee’s fact-finding team will comprise of six MPs, who will visit Jahangirpuri on on Friday and speak to the people as well as enquire about the incident.

The decision to send team to Jahangirpuri also comes within days after the BJP sent similar teams to Bogtui in Birbhum district where nine people were burnt alive.

The BJP’s fact-finding committee in its preliminary report on the Hanskhali gangrape and death case, recommended imposition of Article 355 and 356 in West Bengal. It also recommended that the Hanskhali rape case be transferred out of the state and accused to be kept outside state for fair trial.

MUST READ: 27 rapes in 20 days: BJP fact-finding team recommends dissolution of Mamata govt, transfer of Hanskhali case out of Bengal

“Chief Minister Mamata Banerjee has been constantly trying to suppress the incident of crime. The administration and TMC ‘goons’ are working constantly to erase all evidences in the case and therefore, they did not allow the postmortem of the minor gangrape victim,” the committee said in its report.

Sreerupa Mitra Chaudhury, one of the members of fact-finding committee alleged that all the evidence in the case has been erased from the victim’s house to the crematorium by the administration. “Police are not working and there is an atmosphere of fear among the people of the village. The family members of the deceased do not even know whether she has been burnt or not. Family members are being threatened by the accused side,” she added.