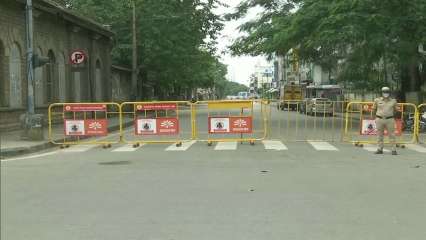 In a big move, the Karnataka government on Friday announced the lifting of night restrictions in the state between 10 pm to 5 am. The decision comes amid a steady fall in COVID-19 cases.

After a sharp increase in COVID-19 cases in the state and its neighbouring state Kerala, a night curfew was imposed in July this year and was extended several times owing to the rise in cases.

Now when the situation has improved, the Karnataka government has lifted several restrictions. Permission for horse racing has been given with strict adherence to COVID-19 appropriate behaviour.

As per SOPs issued, the number of racing patrons attending horse racing shall be as per the seating capacity of the venue and only fully vaccinated people will be allowed entry into such premises.

Karnataka government withdraws night curfew that was enforced due to COVID19 pic.twitter.com/KJ4ar6BnA7

The new SOPs were issued by the Karnataka Health and Family Welfare Department. Meanwhile, the state government has decided to conduct more COVID-19 tests in the coming days.

This comes after the sudden demise of Kannada megastar Puneeth Rajkumar from a heart attack. It is estimated that as many as 20 lakh people turned out to pay their last homage to the late actor.

Besides, during the by-polls thousands of people gathered for campaigning and to celebrate victory. Hence the decision has been taken as per the recommendation of the Technical Advisory Committee.