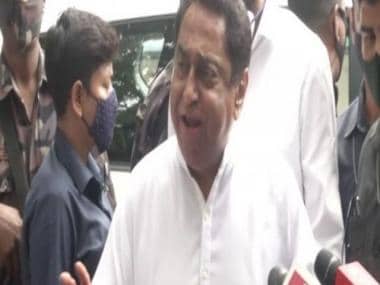 Bhopal: Senior Congress leader Kamal Nath on Thursday tendered his resignation as the Leader of Opposition in Madhya Pradesh Assembly, but will continue as the MPCC president, party sources said.

“This is to inform you that Congress president has accepted your resignation from the post of Leader, Congress Legislature Party, Madhya Pradesh with immediate effect. The party wholeheartedly appreciates your contribution as the CLP leader, Madhya Pradesh,” read a letter to Kamal Nath from party general secretary KC Venugopal.

The Congress leadership accepted his resignation and approved the appointment of former minister and seven-time Congress MLA Dr Govind Singh in his place as the leader of the Congress Legislature Party (CLP).

Nath had offered to resign from the post as part of the Congress’s ‘one person-one post’ formula, sources said. He will continue as the state unit chief of Madhya Pradesh, where assembly polls are due in 2023.

Monkeypox Not As Contagious As Covid, Its Spread Matter Of Concern: Govt Panel NTAGI