Is This The Beginning of the End for Kishida? – The Diplomat 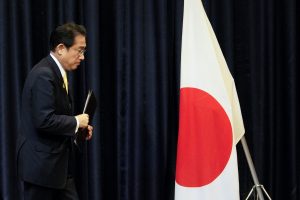 Pundits used to say that the Liberal Democratic Party’s victory in the upper house election earlier this year would open the path to “three golden years” for Japanese Prime Minister Kishida Fumio. As the term implied, the ensuing years would be smooth as the Kishida administration entered a period in which it didn’t have to hold a national election unless it decided to hold a snap election or received a vote of non-confidence from the Diet. The absence of a major election for the next three years bequeathed Kishida an opportunity to engage in policy issues without being concerned by a backlash from the public and backbenchers of his party. However, the sanguineness that must have been felt by Kishida soon after their resounding victory in the election five months ago was almost immediately cast away.

The singular event that precipitated the decline of Kishia’s political fortunes was the Unification Church issue. The assassination of Abe Shinzo and the assassin’s alleged hostility toward the Unification Church, which he alleged to have ruined his life by accruing an astronomical amount of donations from his family, invoked intense media scrutiny on the Church’s relationship with the ruling Liberal Democratic Party (LDP). In the wake of the assassination, dozens of reports about the victims of the Church and the suspected influence that the Church has over the LDP have come into the spotlight. This has shaken the nation’s conscience, contributing to 69 percent of the public demanding the government strip the Church’s preferential treatment as a religious organization.

Facing intense public pressure to act, Kishida reshuffled his cabinet to exclude cabinet members who were critiqued for having “ties” with the Church. He recently sacked Daishiro Yamagiwa, whose attendance at a Church-related event was rediscovered and scrutinized in Diet deliberations. Also, Kishida announced that he will start investigating the Church, effectively launching the formal process of dissolving the Church as a legitimate religious organization in Japan.

Until the controversy of the Church was elevated to national attention, Kishida scored a relatively high approval rating in comparison to his recent predecessor. At the beginning of his tenure, he was praised for showing leadership, especially on Japan’s COVID-19 policy. However, the inability to effectively manage and respond to the emerging problems – not only the Church issue, but Abe’s state funeral and the resignations of his cabinet members – has pushed him into a corner. Since July, Kishida’s approval rating has gone into a free fall, plummeting to 22 percent, according to a recent Morning Consult poll.

If an election was near, it is hard to imagine that Kishida would survive it politically. His predecessor, Prime Minister Suga Yoshihide, facing a record number of COVID-19 infections at that point, was dragged down from leadership by LDP backbenchers – one of them was Kishida himself – due to a uniform consensus within the party that Suga would lead the party to electoral defeat. It seems that, at this point, the absence of a national election for at least a few years, and the failure of the opposition to construct a unified front against the LDP, are the few safeguards protecting Kishida from an immediate political demise.

At the moment, an open revolt from the LDP against the increasingly unpopular leader remains a distant possibility. However, the nationwide local elections expected to be held next April may force Kishida’s adversaries within the party to take their gloves off.

Although the unified local elections have no immediate influence on the ruling party of Japan, if significant LDP seats are lost on the prefectural level, it will still be troubling for Kishida. Usually, when national elections are held, policymakers at the prefectural level play an important role in the electoral campaign, utilizing their preexisting ties with their local constituency to garner support for nationally elected candidates. Nevertheless, if these vanguards for the LDP are wiped out in the upcoming regional elections, that would suggest an impending risk for LDP Diet members, which will diminish their manpower in a future national election campaign, contributing to a further decline in their electoral success.

There are aspirants within the LDP – in fact, inside Kishida’s cabinet – who have their eye on his post. Digital Minister Kono Taro and Minister of Economic Security Takaichi Sanae, both ran against Kishida in the 2021 LDP presidential race and have signaled that they would want to succeed Kishida someday. LDP Party Secretary General Motegi Toshimitsu, in front of his supporters, implied that he would run for LDP president at a certain time, too. Some even hope that Suga, who has improved his stance within the party after his resignation as party leader, will be reinstated as prime minister. However, Suga denies having the appetite to return to the position.

Time is still on Kishida’s side. Even if the LDP does miserably in the forthcoming regional elections, Kishida still has a year to regain his influence before he faces the party’s rank-and-file members in an LDP presidential election, which is scheduled to be held by September 2024 – a year before the next national election. However, although he still has an advantage, Kishida’s political standing doesn’t show any signs of recovery yet, and his declining approval since July only looks like the beginning of the end.