New Delhi: Amitabh Bachchan’s granddaughter Navya Naveli Nanda and Siddhant Chaturvedi have sparked dating rumours with their recent Instagram posts. While Siddhant is currently vacationing in Rishikesh as per his Instagram posts, Navya also shared a post from a similar rooftop location which featured on Sid’s social media.

Not just that, but their cheeky captions on the sun and moon have also made netizens believe a romance might be brewing between them. Soon after the internet went crazy trying to figure out their relationship status, Navya deleted a comment she had ealier made on the ‘Gehraiyaan’ actor’s post and even edited the caption of her ‘moonlight picture’.

Take a look at Navya and Siddhant’s posts: 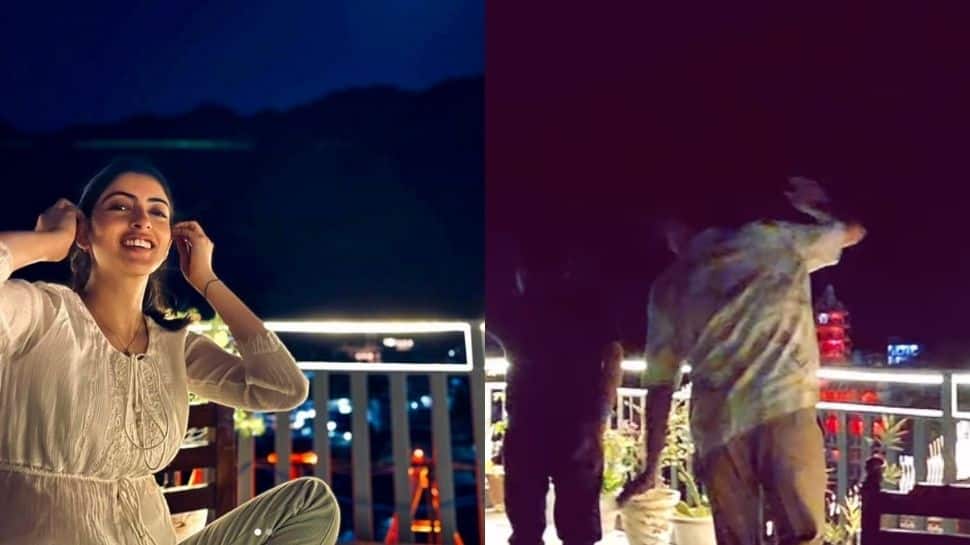 Netizens believe that the two pictures were clicked at the same location in Rishikesh due to the striking similarity between the balcony railing.

For the unversed, Navya is Amitabh Bachchan’s granddaughter and Shweta Bachchan and Nikhil Nanda’s daughter.

Earlier in March, Amitabh Bachchan’s granddaughter Navya Naveli Nanda recently spoke about why she didn’t choose acting as her career path despite coming from a family of actors.

In a recent joint interview with her mother Shweta Bachchan, the young entrepreneur said that she has always been more inclined towards business.

She has a younger brother named Agastya Nanda.

Navya Naveli Nanda turned entrepreneur from a young age. When people were assuming her to join the glamour world of Bollywood, she rather talked about the importance of mental health through her venture Aara Health.

Aara Health is an organisation co-founded by Navya along with Mallika Sahney, Pragya Saboo and Ahilya Mehta in 2020.