Investment, start-ups and one trillion economy 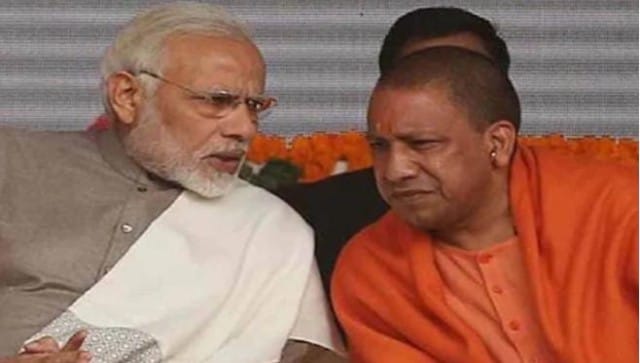 In a room full of investors, consultants, financial experts and foreign diplomats at the iconic Sushma Swaraj Bhawan in New Delhi, Yogi Adityanath announced Global Investment Summit 2023 in Uttar Pradesh at even on 22 November 2022.

One of the leading star campaigners in the Gujarat and Himachal elections, Yogi flew directly from Gujarat to be at the curtain raiser of Global Investment Summit, 2023 in Uttar Pradesh. UPYOGI, as PM Modi fondly calls him, appealed to the voters of Gujarat to vote for his party till late evening the other day and next day morning he was appealing to the investors to invest in UP, to enable it to become a trillion-dollar economy.

Yogi Adityanath explained the prospective investors that how todays UP has come out of the lawless, lethargic and inefficient image it had before 2017. Yogi told that in 2022, we are talking about a different UP, a transformed UP, an investment friendly UP.

Today’s UP is a connected UP by Roads, Airports and Trains. In fact, UP has become a home to about 38% of India’s expressways. PM Modi has commended that under Yogi Adityanath, Uttar Pradesh has become an expressway Pradesh. UP is the only state in India to have five international airports and seven functioning local airports.

UP has become one of the easiest states to do business, with its ease of doing ranking jumped to second from a dismal 12th before 2017. UP has reduced more than 3500 compliances needed earlier. More than 355 services from 29 UP government department are available from a single window today.

For Yogi, the 240 million strong population of Uttar Pradesh is a strong work force and a great market for global investors. Along with the 200 million population of the neighboring states, UP can be great hub for setting more industries.

Yogi’s team has laid out a clear list of sectors, where UP is attracting investment – IT/ITES, Data Center, ESDM, Defense and Aerospace, Electric Vehicle, Warehousing and Logistics, Tourism, Textile, MSME. All the sectors are backed by updated sector specific policies and incentives for the investors.

Yogi and his team have made sector specific and country specific teams of Ministers, Officers and representatives from the industry bodies, who will tour across India and the globe from now till the Investment summit in February 2023, to conduct road shows, to explain the new UP, its investor friendly incentives and invite them for the summit.

In my last meeting with Uttar Pradesh Chief Minister Yogi Adityanath, I asked him what will be his main focus in his second term. His reply sums up today’s aspirational Uttar Pradesh. He said in his first term, his government performed better than previous three chief ministers on law and order, infrastructure, service delivery and in growing UP’s economy. In his second term, he will work better than his own previous term. And his actions are testimony to his statement in first six months of his second term.
Chief Minister Yogi Adityanath spoke about 1 trillion-dollar economy for UP during 2022 elections. Just after BJP’s massive victory in 2022, even before taking oath of office, his government floated the ‘request for proposal’ (RFP) for engaging a leading consulting organization for helping the state of UP for their target of 1 trillion-dollar economy. And, within three-month the contract was awarded to one of the top four global consulting company.

UP has waited enough to realize its true potential and under Yogi, UP seems to be living its aspirations. In my conversations with him, I notice him frequently using terms like dashboard, data, benchmark, geo-tagging, comparison, deadline, monitoring and his energy is no less than a start-up CEO.

At the curtain raiser event in new Delhi, among the crowd of suited corporate experts and diplomats, Yogi’s saffron attire was glowing. At the event, the powerful investment pitch for UP was made through a film, which introduced UP as a land blessed with Rama and Krishna.

Today, UP is fortunate to get the leadership of two karm-yogis, PM Modi and CM Yogi, the land has transformed itself exceptionally in last five and a half years to become new India’s growth engine.

The writer is the author of the book -‘The Monk Who Transformed Uttar Pradesh’. Views are personal.

How Has the Russia-Ukraine War Impacted Cambodia’s Foreign Policy? – The Diplomat

Services Online, But You Still Need To Get In Line, Health News, ET HealthWorld