The ban, which comes into effect on Wednesday, will add further upward pressure to the global price of cooking oil. 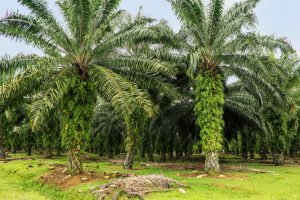 On Friday, Indonesia’s President Joko “Jokowi” Widodo announced a ban on exports of edible oils, a move that is likely to apply further upward pressure to global cooking oil prices. The ban, which takes effect from Wednesday, will see Indonesia halt exports of all cooking oils and the associated raw materials in order to reduce domestic shortages and rein in runaway price rises that carry the potential of considerable domestic unrest.

“I will continue to monitor and evaluate the implementation of this policy so that the availability of cooking oil in the country is abundant and at an affordable price,” Jokowi said in a statement, according to the Associated Press.

Indonesia is the world’s largest producer of palm oil, the demand for which has quadrupled over the past two decades, especially in large developing markets such as India and China.

The Indonesian announcement comes amid the disruptions due to the Russia-Ukraine war, which has choked off the supply of sunflower oil to the world market and led to a sharp rise in prices for Indonesian consumers. Even before the invasion of Ukraine, a number of factors – from labor shortages in Malaysia to droughts in Argentina and Canada – had limited supplies of soybean oil and canola oil, creating upward pressure on prices. As a result of this combination of factors, vegetable oil prices have already risen more than 50 percent in the past six months, according to Reuters.

The move, which came amid public protests at which thousands of people, many of them students, protested against the rising costs of basic goods, exemplifies the Indonesian state’s tendency to intervene in the workings of the market in order to safeguard supplies of critical commodities. Under a mechanism known as a Domestic Market Obligation (DMO), it has the power to order producers of key commodities to reserve a certain proportion of what they produce for the domestic market.

In January, under the DMO, Indonesia restricted crude palm oil exports in January in order to offset the local price of cooking oil, before scrapping the restrictions in March. It has also disbursed direct cash assistance to help the public afford cooking oil. Similarly, Jokowi’s administration also banned the export of coal exports for the month of January, after supplies at domestic power plants fell to critically low levels, raising the risk of widespread blackouts.

The Indonesian government admits that the move will hurt consumers in other countries, but said it was necessary after previous use of the DMO mechanism failed to bring down the cost of cooking oil. In an interview with Reuters, Finance Minister Sri Mulyani Indrawati described an export ban as being “among the harshest moves” in the government’s policy repertoire, adding, “If we are not going to export, that’s definitely going to hit the other countries.” She said that the previous use of the DMO did not result in “the level of prices that we want. It’s still too expensive for the ordinary household to buy those cooking oils.”

The move by Indonesia to pause exports will place extra pressure on the price of cooking oil for consumers in Asia and Africa, who have already been hit by higher fuel and food prices, with unpredictable political effects. It is an indication of the global slow-motion domino effect that the Russian invasion of Ukraine has prompted, and a herald of the additional disruptions to come.