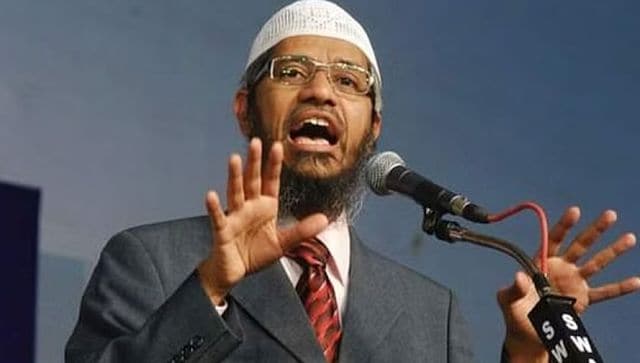 New Delhi: India has taken up the issue of fugitive Islamic preacher Zakir Naik’s presence at the FIFA World Cup 2022 in Qatar and his extradition with the authorities of the host country, the Ministry of External Affairs (MEA) said on Thursday.

“The issue of Zakir Naik, a wanted man in India has been raised with Qatar,” MEA spokesperson Arindam Bagchi told reporters at a news briefing.

The Indian government is determined to take strict action against Naik and make him face the law on Indian soil since he is an accused and a wanted offender under Indian law, the MEA spokesperson said.

“Zakir Naik is an accused in India, under Indian law. We have already raised the issue of his extradition with Malaysia. We have now raised it with Qatar,” the MEA spokesperson said.

Qatar, on the other hand has told India that no invitation was extended to Zakir Naik to attend the FIFA World Cup 2022, but has also not been able to explain his presence in that country, the Ministry of External Affairs informed.

On Wednesday, amid media reports of Qatar inviting the controversial Islamic preacher and Indian fugitive Naik to the FIFA World Cup, Goa BJP spokesperson Savio Rodrigues had appealed to the Centre and Indian Football Associations to boycott the mega global sporting event. Naik has reportedly been invited by Qatar to deliver lectures on Islam during the ongoing FIFA World Cup.

The Goa BJP leader reiterated that giving a platform to Naik at a time when the world is battling terrorism is like giving a “terror sympathizer” freedom to “spread hate”. The BJP leader had appealed to Indians and also to people from abroad who are victims of terrorism to boycott the World Cup event “in solidarity with the global fight against terrorism”.

A wanted man in India, Zakir Naik, faces charges of money laundering and hate speeches in the country. In March, this year, the Union Ministry of Home Affairs (MHA) declared Naik-founded Islamic Research Foundation (IRF) an unlawful association and banned it for five years. Naik fled to Malaysia in 2016, where he was granted permanent residency and he is now a Malaysian citizen. Naik left for Malaysia just before the National Investigation Agency started a probe against him.

India had even put in a request to Malaysia for his extradition, which is still pending with the Malaysian government.

The MHA’s statement at that time informed that the speeches of Zakir Naik were objectionable as he had been extolling known terrorists. Among the many charges, the Islamic preacher is wanted for—is that of terror funding.