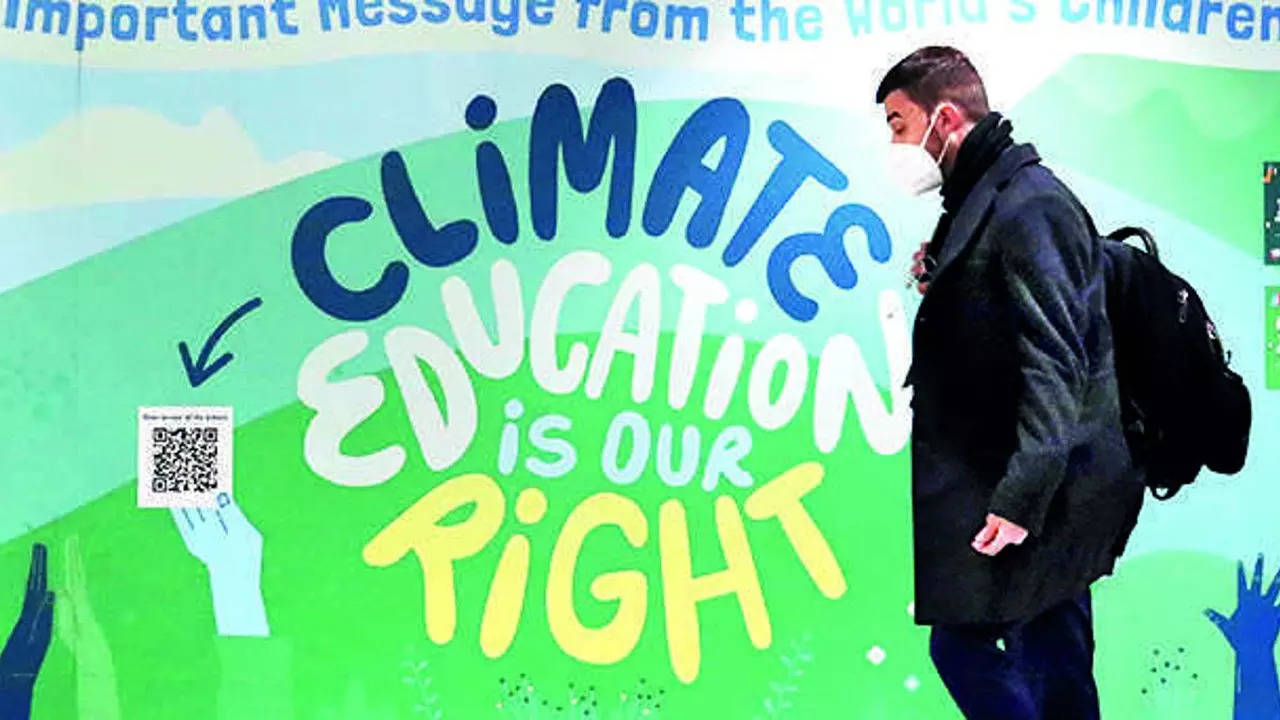 GLASGOW: India has retained its spot in the top 10 best performing countries for the third year in a row in the global Climate Change Performance Index (CCPI) released by Germanwatch on the side-lines of the COP26 on Tuesday.

The report noted that no country performed well enough in all index categories to achieve an overall very high rating in CCPI. Therefore, once again, the top three places in the overall ranking remain empty. Denmark, placed 4th, is the highest ranked country in CCPI 2022, but it does not perform well enough to achieve an overall very high rating. Thus India, at 10th slot, is the seventh country.

India, significantly, maintained its 10th position despite pandemic-hit operational difficulties which saw some regulatory flexibility to put the country’s economy back on track. 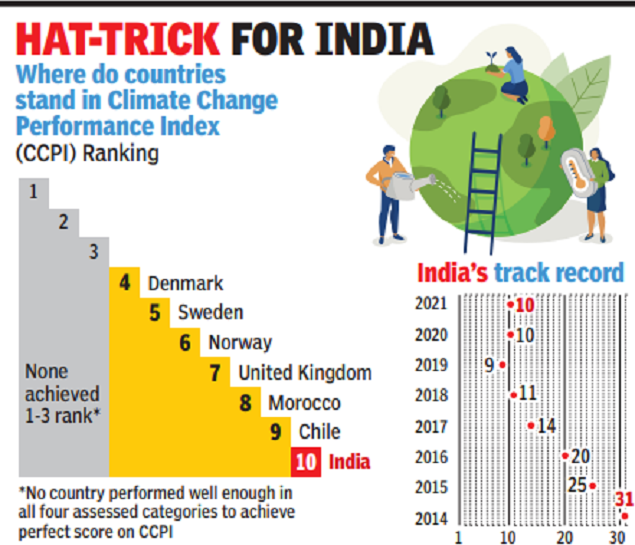 China, the biggest current polluter, figured at 37th position (down from 33rd last year) while the second most current emitter, the US, was at 55th spot in the CCPI 2022 which released performance index of 2021.

The performance of these countries, which together account for 92% of global greenhouse gas emissions, is assessed in four categories — GHG emissions, renewable energy, energy use and climate policy.

Performance of G20 countries, responsible for about 75% of the world’s GHG emissions, shows the UK (7th), India (10th), Germany (13th), and France (17th) are four G20 countries among the high-performers. Eleven countries, on the other hand, receive a low or very low overall rating. Saudi Arabia is the worst-performing country among G20, ranked 63rd.