A Chinook heavy-lift transport helicopter of the Indian Air Force (IAF) has successfully completed a non-stop sortie between Chandigarh and Jorhat in Assam, covering a distance of 1,910 kilometers  reports Swarajyamag.

According to the Public Relations Officer of the Ministry of Defence in New Delhi, this is the longest non-stop helicopter sortie in India.

The Chinook completed the sortie in 7 hours and 30 minutes. 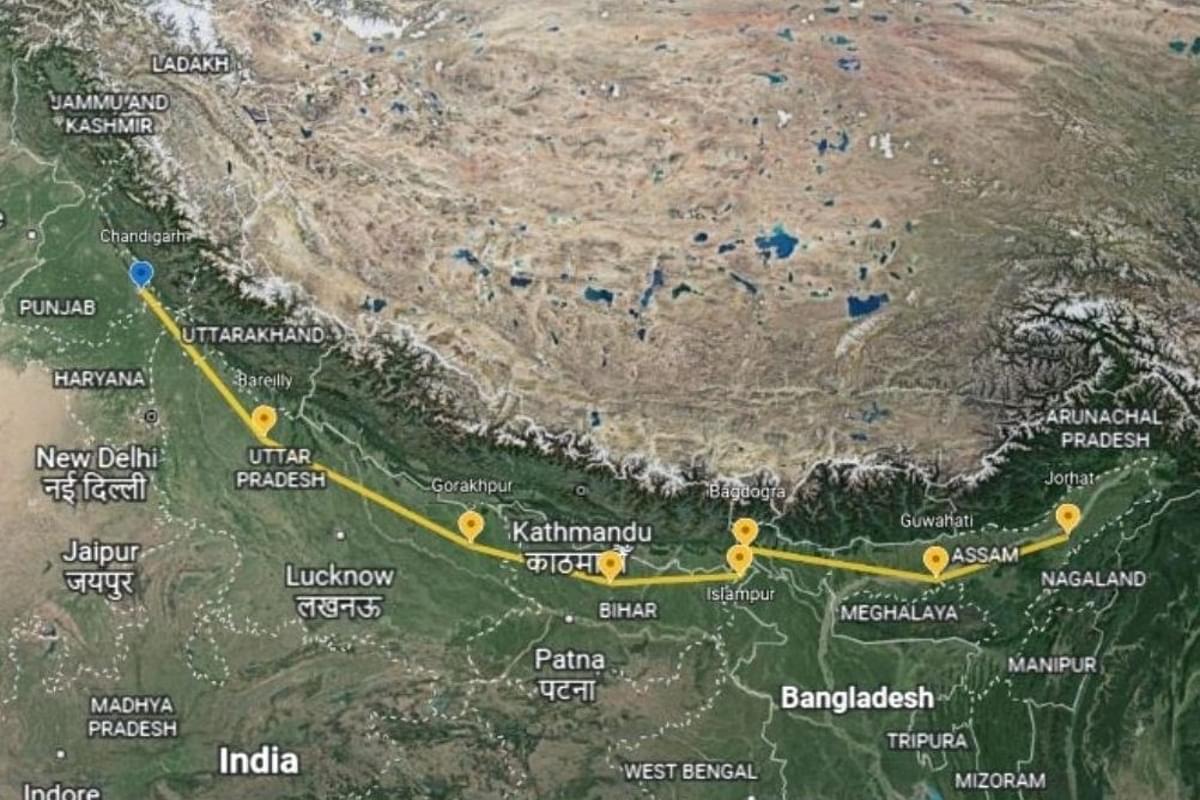 The route taken by the helicopter for the sortie

It is not the first time the heavy-lift chopper has completed a non-stop sortie between Chandigarh and Jorhat. A Chinook flew from Chandigarh to Jorhat in April this year, covering the same distance.

The operation was “made possible by the capabilities of Chinook along with operational planning and execution by the Indian Air Force,” the Ministry of Defence had said then, adding, “Rapid mobility will allow the Indian Air Force to employ this asset optimally as required.”

“Chinook is a multi role, vertical lift platform, used for transporting men and material. It also plays an important role in Humanitarian and Disaster Relief Operations,” the ministry said in April.

India has 15 Ch-47F(I) Chinook transport helicopters. The choppers were purchased in a deal signed by the Narendra Modi government in 2015.

Chinooks have played an important part in maintaining Indian forces at the frontlines amid the ongoing standoff in eastern Ladakh.

Based at the Air Force Station in Chandigarh, these helicopters can lift around 11 tonnes of cargo or 45 fully armed troops.

The Chinooks can also carry underslung payloads like the M777 ultra-light howitzer, a 155 mm artillery gun inducted for use along the China front.