The BJP’s induction of Hardik Patel is aimed at wooing back the Patidar community, an important voting block in Gujarat with a population of 1.5 crore and an influence in around 70 Assembly seats 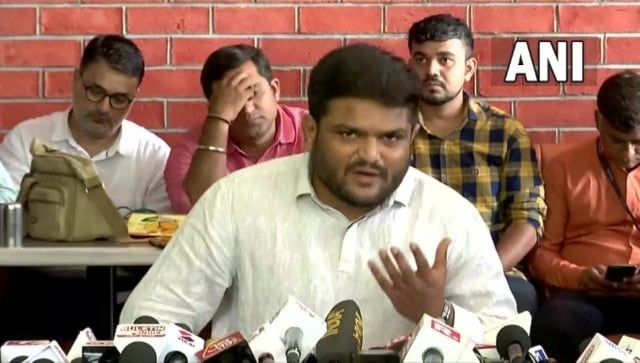 The will-he won’t-he finally ended on Tuesday with Hardik Patel confirming that he would join the BJP on 2 June.

Patel, who joined the Congress in 2019, resigned from the party on 18 May in a scathing letter to party chief Sonia Gandhi which took the top party leadership to task for “being distracted on their mobile phones” and being focused on “chicken sandwiches” – which sent Twitter into a frenzy.

While Patel’s looming induction into the BJP comes as big news, it’s hardly surprising. Patel had in recent days effusively praised the BJP’s decision-making and style of functioning.

For the saffron party, news of the Patidar leader joining could hardly have come at a better time – Gujarat will be heading to the polls later this year.

BJP sources told The Print it is hoped that Patel’s induction  would help counter the influence of  Naresh Patel — a Rajkot-based industrialist said to wield enormous influence over Gujarat’s Patidar community — in case he decides to join the Congress.

The BJP is also looking to woo the Patidars or Patels. With a population of 1.5 crore, they are said to exert influence in around 70 Assembly seats and are an important group in Gujarat.

“The BJP is a large parivar (family) and everyone is welcome to serve the nation. Patel has shown his mettle by leading protests for the rights of the Patidar community,” a leader told The Print.

BJP leadership also views Patel as a potential bulwark against the AAP, which has its eyes on Gujarat.

Patel also seems to have friends in high places.

The Times of India reported that Hardik’s entry is being worked “at the party’s highest level with an active nudge from top RSS brass” and that Hardik is seen as a potential leader.

The report also noted that for the BJP, inducting Hardik makes perfect sense. With its aim of besting Madhavsinh Solanki’s record of 149 seats in 1985, the party is gearing itself to make a major impact in Saurashtra and thwarting AAP’s penetration, albeit largely at the cost of Congress.

Patel first came to prominence during the Patidar agitation of 2015, which demanded that the community be included in the OBC category.

Ahead of the 2017 Assembly polls, Patel drew huge crowds and had a great following among the Patidar youth.

While he did not take the political plunge, his presence provided Congress a fillip at the polls – the party managed its best-ever 77 seats compared to the BJP’s 99 seats.

Hardik was rewarded with being inducted as the Gujarat Congress’ working president but wasn’t able to get along with the rest of the party leadership.

Nor could he stave off the onslaught by the Narendra Modi-powered BJP in the 2019 Lok Sabha polls.

Another brick in Congress’ wall

For the Congress, which is already facing an uphill task in Gujarat, this could not have come at a worse time.

The party is alrady facing outrage over its list of Rajya Sabha names with several leaders saying the candidates did not reflect the optics of the recently-held Chintan Shivir in Udaipur.

Several high-profile leaders have also exited the party this year.

Mongolia under pressure to align with Russia and China | Mongolia

As Ukraine fights, does the EU owe it membership?