How the epics come alive with ‘Faces’

Grandparents are the world’s best storytellers and the tales they tell leave a lasting impact. The same holds true for artist Shuvaprasanna Bhattacharya who says it was his grandmother’s stories, which got him hooked to the epics. “When I was a little older, I read the works of the well-known Bengali writer, Rajsekhar Basu, on the Mahabharata and it left a lasting impression,” says Shuvaprasanna. Shuvaprasanna says as an artist he has depicted concepts such as time, illusion, metropolises, deities and more, but during the lockdown he had the time to work something more ambitious. “I decided to do a large canvas centered around the Mahabharata,” he says, adding that he ended up creating 25 canvases, six-by-four feet each, on different characters from the epic, which were first exhibited in his home town of Kolkata in February this year.

Elaborating on the theme of this collection, Shuvaprasanna says he was intrigued with the characteristics a person’s face depicted. “Our faces wear different emotions — jealousy, revenge, anger and lust as well as sacrifice, abstinence, courage and chivalry; they manifest in society as a universal and an eternal problem.”

“Keeping this in mind, I started developing different faces. In my work, I have used different colours and textures to portray the expressions of Shakuntala, Gandhari, Karna, Arjuna and others. Every character is different, but somehow quite contemporary too,” says Shuvaprasanna, adding that he drew from the descriptions in the Mahabharata to capture their mien. “The epics not only go into detail about each personality, but also recount their names and meanings. For instance, why is Ghatotkacha (the son of Bhima and Hidimbi) called so? The nomenclature is well-chronicled in the sacred texts. Their descriptions are there; I visualise and draw in my own way.” 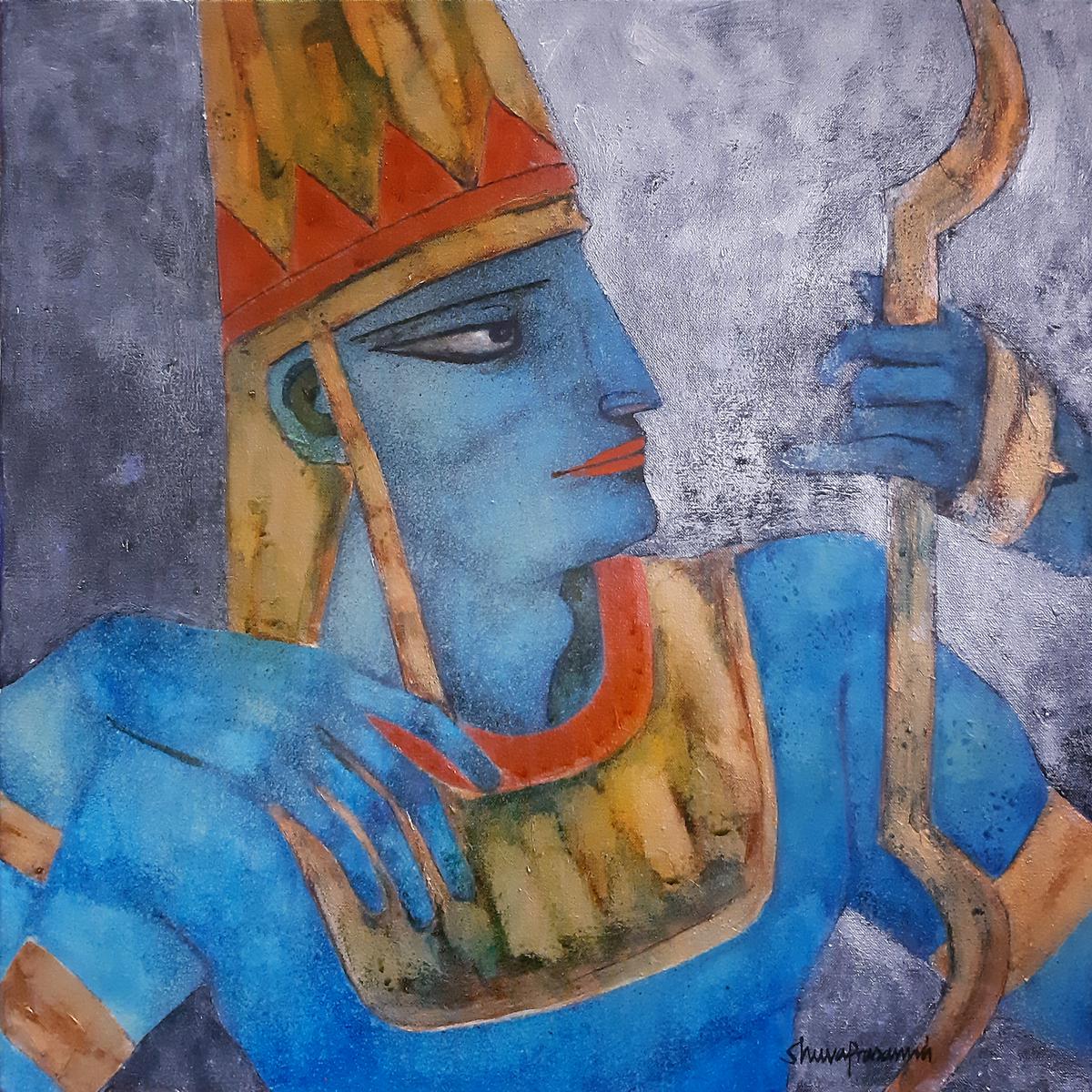 Talking about his visual presentation of each character, he says the character of Karna exhibits dual personas — jealousy and revenge versus love and loyalty. He says this collection is his attempt to ‘present this wondrous panorama of characters; mostly in vibrant colours, but few in black.’

‘Faces – A Race From Epic’ comprises 30 mixed media canvases, including rice paper and charcoal drawings, and will be on display at Gallery Time and Space, Bengaluru till April 30. They can also be viewed at https://www.gallerytimeandspace.in/artist/shuvaprasanna-bhattacharya/

Encroachment Made by Khargone Riot-accused Won't Be Razed Without Due Legal Process: MP Govt to HC