How Sri Lanka’s Crisis Hurts 8,000 Miles Away – The Diplomat

One member of the Sri Lankan diaspora reflects on the agony of watching his motherland lurch from crisis to crisis. 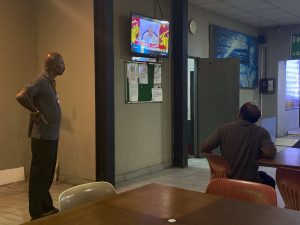 The beginning of May marked the start of Asian American Pacific Islander Heritage month in the United States. It also rang in another month of political and economic crisis in Sri Lanka, where most of my family resides. Like many in the Sri Lankan diaspora, I have followed the situation on the island closely, from the rising fuel and food prices that led the people to protest in the streets, to the departure of the elder statesman of the corrupt Rajapaksa political family, to the debt default now looming over the country. But amid these large-scale events, the struggles of everyday Sri Lankans weigh more heavily – such as the citizens dying in line while waiting for fuel, or the patients no longer having access to critical medications. I see my own family’s difficulties reflected in these stories, relatives who are forced to weather yet another storm in the country’s tragic history.

These last few months have stirred haunting memories from previous catastrophes on the island, all of which I have witnessed from afar. When the 2004 Indian Ocean tsunami devastated Sri Lanka’s coasts, I remember my mother frenetically phoning aunts and uncles, maxing out calling cards, trying to establish whether they were safe. I spent much of the weeks after in the basement of my Buddhist temple, boxing up clothes, batteries, and nonperishables to be shipped as emergency supplies.

The tsunami occurred in the middle of Sri Lanka’s three-decade long civil war, where family members feared every bus ride could be a target of a suicide bomb. As the conflict drew toward its bloody end in 2009, resulting in the deaths of tens of thousands of Tamil civilians in mere months, many in the diaspora lamented at what “peace” cost. We relived these questions and fears in 2019, when bombs exploded in churches and hotels on Easter Sunday. Despite the nimbleness of social media, it took hours to hear back from family attending one of the masses that they had managed to escape alive.

The heartbreak of watching Sri Lanka’s present disaster is the reality of never before being so technologically connected to events in the motherland, which somehow magnifies the sense of helplessness diaspora communities feel. Through various smartphone apps, my family and I hear regularly how unprecedented and terrifying these times are for a nation that has already endured so much. Yet, other than sending money or local food deliveries from abroad, and mobilizing institutional affiliations to donate goods such as medical supplies, many of us feel futility in the limitations of what we can do.

As a Sri Lankan American, I often find myself in the void between both lands, carrying with me the culture and struggles of my ancestral roots while being physically separated from the episodic turmoil that continues to shape the land where my family comes from. But the last few years have suggested this may be an illusion I’m holding on to.

When COVID-19 engulfed the world, my U.S. citizenship ensured I’d be among the first to receive a vaccine, while Sri Lankans had to wait months before the shots became widely available for the general public. Although the U.S. is well into a financial recovery from the global economic downturn triggered by the pandemic, Sri Lanka’s economy continues to spiral, due in no small part to the disastrous fiscal and agricultural policies of a president who was previously a U.S. citizen. Broader Western geopolitics have also contributed to the island’s crisis, with Russia’s invasion of Ukraine indirectly leading to fuel shortages – and transforming Sri Lanka’s financial hardships into a full-blown catastrophe.

Sri Lanka’s newly appointed prime minister has said that “the next couple of months will be the most difficult ones of our lives.” Every conversation with family back on the motherland underlines this statement. All of this makes a pseudo-return to some sense of normalcy in the U.S. feel all the more guilt-inducing. As my relatives navigate health crises and food shortages amid the island’s smoldering chaos, cousins and aunts somehow find the time and compassion to congratulate me on career successes and ask for pictures of my son. Their only request is to think of them during these times, something that needn’t be asked.

When national celebrations of Asian and Pacific heritage began in the U.S. last month, many of us with Sri Lankan origins hoped the country’s anguish could at least usher in necessary political changes. Like Sri Lankans of all backgrounds and ethnicities protesting on the ground, the sense among the broader diaspora is in agreement that the Rajapaksa family’s nepotism is no longer welcome. But while May has come and gone, Gota hasn’t. And though Sri Lanka is in discussions with lenders for financial assistance, the country still teeters on the precipice of economic collapse. For now, I’ll continue to watch events carefully as they unfold in the headlines and news. But more importantly, I’ll keep my phone close by, ready to offer my family whatever little I can provide.

5 men’s outfits to build your work wardrobe around

Reasons Why You Must Include Turnip In Your Daily Meal