The idea of Nehru is in crisis today while the idea of Swami Prabhu Dutt Brahmachari, who lost the 1952 polls, has gradually expanded and emerged powerful after 1970s 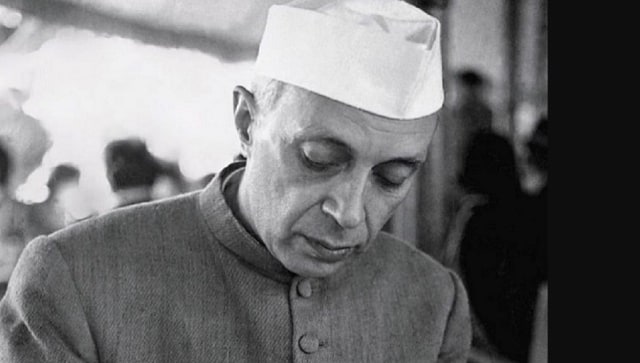 Phoolpur, a small ‘qasba’ (town) near Allahabad, is gearing up for the upcoming Uttar Pradesh assembly elections. Whenever public conversations take place around elections and politics, the name of Jawaharlal appears in the Phoolpur parliamentary as well as Assembly constituency. Most old and middle-aged people still remember the election campaigns when Nehru used to contest from Phoolpur. His charisma and speeches had an impact on public. Phoolpur was Nehru’s constituency, which later emerged as the family bastion, and was also represented by his younger sister Vijaya Lakshmi Pandit after his death.

Phoolpur in contemporary democratic politics resonates with multiple meanings. It was not only the constituency of the first prime minister of India but it also started political debates, which are still dominant in the Indian democracy. It is interesting to remember when Nehru contested the first election in 1952, two main issues dominated the social and political debates. One was the dream and desire to make future India free of poverty, develop a ‘sukhi (pleasant) India’; second was the place of Hindus in this idea of India. One part of the election discourse was led by Nehru and his followers and other by Prabhu Dutt Brahmachari, an independent candidate supported by Akhil Bharatiya Ram Rajya Parishad and All India Hindu Mahasabha.

Swami Prabhu Dutt Brahmachari contested this election on the issue of Hindu Code Bill, which was proposed by the Indian National Congress (INC) and issues related to cow protection, a major concern in Hindu religious and social system. However, Nehru was trying to evolve debates on secular and modern India in this election. Through Nehru, the discourses around ‘India of future’ in which the commitment to abolishing poverty and making the country “happy” were being disseminated.

Swami Prabhu Dutt Brahmachari toured Nehru’s constituency and initiated an electoral discourse criticising the Hindu Code bill. Swami Prabhu Dutt Brahmachari delivered speeches and chanted Hindu mantras and ‘shlokas’. A troupe of singers used to supplement his election speeches by their ‘bhajans’ and songs. His disciples also read his quotes written in various pamphlets against Hindu Code bill and in support of cow protection. Nehru, however, with his charismatic personality and powerful speeches, used to convince public in the favour of his future plans about India. His supporters, mostly eminent Congress leaders, spread his message to the villages in UP and India.

It was in a way a debate between two ideas and concerns — one was carving an India with secular and western and modern ideas while the other was arguing for a Hindu India, which is inclusive in its essence.

As we know, Nehru won this election with 73 percent vote share and Swami Prabhu Dutt Brahmachari had only 9.41 percent vote share. Both the leaders were representing two ideas of India beyond their victory and defeat and these ideas of India are still in contest with each other, in the making of the Indian democracy and reshaping the nation in their own way. The idea of Nehru, which won not only in the first election but in several subsequent elections, is in crisis now. And, the idea of Swami Prabhu Dutt Brahmchari, who lost the 1952 election, has gradually expanded and emerged as a powerful discourse, influencing electoral outcomes after 1970s.

Swami Prabhu Dutt Brahmachari was close to RSS chief MS Golwalkar and Rajendra Singh ‘Rajju Bhaiyya’ and was supported by Swami Karpatri who was the founder of Akhil Bharatiya Ram Rajya Parishad. The discourse, which Prabhu Dutt Brahmachari initiated in the Indian democracy, merged with the discourse of Hindutva, which the RSS disseminated in post-Independent India. The BJP represents the electoral and political aspect of this successful discourse.

Most of the elderly in Phoolpur remember Nehru but some of them are empowered by the narrative of Swami Prabhu Dutt Brahmachari. An elderly in Phoolpur said, “Nehru ji became prime minister and ran the country but Swami ji left politics and started writing to disseminate his ideas and convince people that he contested against Nehru for certain ideas and issues, not for power.”

In fact, the followers of these two ideas, represented by Nehru and Brahmchari, are debating them on the floor of Parliament, even today. In the 2022 UP assembly elections too, these two ideas will be in direct contest with each other.

Badri Narayan is professor and director of GB Pant Social Science Institute, Prayagraj, and the author of ‘Republic of Hindutva’. The views expressed in this article are those of the author and do not represent the stand of this publication