A fresh controversy has erupted in Maharashtra, this time around Chhatrapati Shivaji Maharaj. The state’s governor Bhagat Singh Koshyari and Bharatiya Janata Party (BJP) national spokesperson Sudhanshu Trivedi are under fire over their remarks on the Maratha warrior king.

The Opposition has demanded the recall of the Maharashtra governor and demanded the saffron party sack Trivedi.

Last week, Congress leader Rahul Gandhi had generated a row with his statements on Hindutva ideologue Vinayak Damodar Savarkar, saying that he wrote a mercy petition to the British out of fear.

Now, as the row over remarks on Shivaji has escalated, the BJP is on damage control.

What did Bhagat Singh Koshyari say about Chhatrapati Shivaji Maharaj that has courted controversy? What was BJP leader Sudhanshu Trivedi’s remark that has riled the Opposition? How has the Opposition reacted? What has the BJP said? We take a closer look.

Addressing an event after conferring honorary doctorates on senior BJP leader and Union minister Nitin Gadkari and NCP president Sharad Pawar in Aurangabad on Saturday (19 November), Koshyari referred to Shivaji as a “hero of the past era” and hailed Dr Bhimrao Ramji (BR) Ambedkar and Gadkari as “present heroes”. 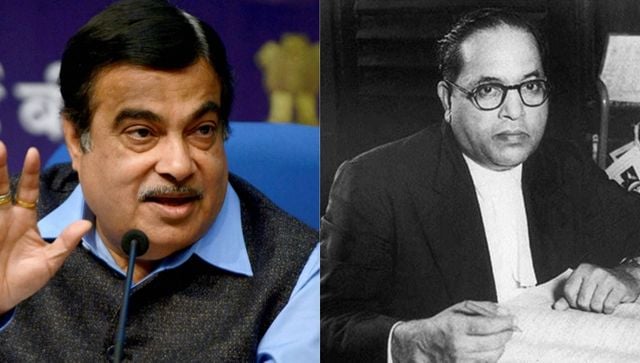 “When we were in school, teachers would ask us about our favourite leaders and we would name Subhash Chandra Bose, Mahatma Gandhi and Jawaharlal Nehru. In Maharashtra, if somebody asks you this question, you would not need to go out as Maharashtra is full of such tall leaders. Shivaji has become the hero of the past era. You can find the present heroes right here from Dr BR Ambedkar to Nitin Gadkari,” he was quoted as saying by Hindustan Times.

If someone asks you who is your idol, you don’t have to go out looking for it, you’ll find them right here in Maharashtra. Chhatrapati Shivaji Maharaj has become an old idol now, you can find new ones from Babasaheb Ambedkar to Nitin Gadkari: BS Koshyari, Governor of Maharashtra pic.twitter.com/z9Ki0CSuiI

Notably, this is not the first time that Koshyari’s remarks have courted controversy.

The BJP spokesperson has also been rebuked for his statements made on a Hindi TV channel, the video of which is doing rounds on social media.

Defending Savarkar, Sudhanshu Trivedi reportedly said people used to write clemency petitions in a prescribed format to come out of jail at the time (of pre-independence). “Shivaji Maharaj wrote five letters to Aurangzeb. What does that mean?” he purportedly told Aaj Tak.

Demanding an apology from the BJP and questioning the “silence” of Shinde, Raut said as per NDTV, “The governor has insulted Shivaji Maharaj four times in one year. Still, the government is silent. Prime Minister Narendra Modi and home minister Amit Shah consider Shivaji Maharaj an idol and their national spokesperson said that Shivaji Maharaj apologised to Aurangzeb five times. Is this the BJP’s official stand? BJP should apologise to Maharashtra and remove the Governor right away.”

Further, he attacked the Maharashtra chief minister, asking where has his “self-respect” gone now that the BJP is “openly insulting” Shivaji Maharaj.

Referring to Shinde, Raut said, “You should resign. If you have any respect for Shivaji Maharaj, why are you in the government with them?”

He also suggested the BJP, who is protesting against Rahul Gandhi’s remarks on Veer Savarkar, to now hold demonstrations against the Raj Bhavan.

Hitting out at the Governor, Nationalist Congress Party (NCP) has said that Koshyari should consider quitting his post. The party has also slammed Trivedi over his remarks on the founder of the Maratha empire.

NCP leader Ajit Pawar was quoted as saying by PTI, “It is time for Koshyari to reconsider his continuing as state governor. Chhatrapati Shivaji Maharaj was a great role model on how to use power for people’s welfare and not self-interest. These ideals have inspired Maharashtra and will continue to do so for time immemorial.”

“I can understand that a mistake can happen once, but he (Koshyari) has been speaking again and again. He is a frequent offender. When a mistake is committed again and again, it does not remain a mistake, it becomes a choice,” Sule was quoted as saying by PTI.

Insisting on Koshiyar’s removal and BJP’s apology over the remarks, Maharashtra Congress president Nana Patole said, “This will not be tolerated. The BJP has to publicly apologise and the governor has to be recalled”.

Eknath Shinde’s party has also spoken up on the controversy. MLA Sanjay Gaikwad of the Shinde-led Balasahebanchi Shiv Sena (BSS) has joined the chorus of removing Koshyari and demanded he should be shifted out of the state.

“The governor should understand that the ideals of Chhatrapati Shivaji Maharaj never age and he cannot be compared to any other great person in the world. My request to BJP leaders at the Centre is that a person who does not know the history of the state and how it functions, be sent somewhere else,” Gaikwad said on Monday (21 November), as per PTI.

Calling for his resignation, the Aam Aadmi Party (AAP) said the Maharashtra governor has committed “the most unacceptable mistake”.

Releasing a press statement, the AAP also lambasted Koshyari for equating Ambedkar with Gadkari. “And then to speak of our Babasaheb in the same breath as Gadkari. Babasaheb is a leader, a hero for all of India. He is the architect of our Constitution. To compare him to any BJP leader demeans Babasaheb’s stature and the body of work that he has done,” the party said in its official statement.

NCP leaders held protests at Powai and Solapur against the remarks on Shivaji Maharaj, while its Maha Vikas Aghadi (MVA) ally Congress organised agitation in Kolhapur and Nashik.

Trying to appease the Shinde’s Sena faction in Maharashtra and diffuse the tension, the BJP has spoken up on the controversy.

Gadkari, who was complimented by Koshyari while describing Shivaji as an “icon of olden days”, broke his silence and said as per NDTV, “Shivaji Maharaj is our god…We revere him even more than our parents”.

Responding to the row, Fadnavis said Shivaji is a “hero and idol for the state and country as long as the sun and moon exist”. “Even Governor Bhagat Singh Koshyari had no doubts about this in his mind. Thus, there are various meanings derived from the remarks made by the governor. I feel there is no other role model than that of Shivaji Maharaj in the country,” he said, as per PTI.

Defending Trivedi’s remarks made on the news channel, the deputy chief minister added, “I have clearly heard the statement given by Sudhanshu Trivedi. He never made any statement that Shivaji Maharaj has apologised.”

Delhi’s new Mayor will be from AAP since it has majority, says BJP in sharp U-turn

‘Rock and Roast’ Gets Roasted |