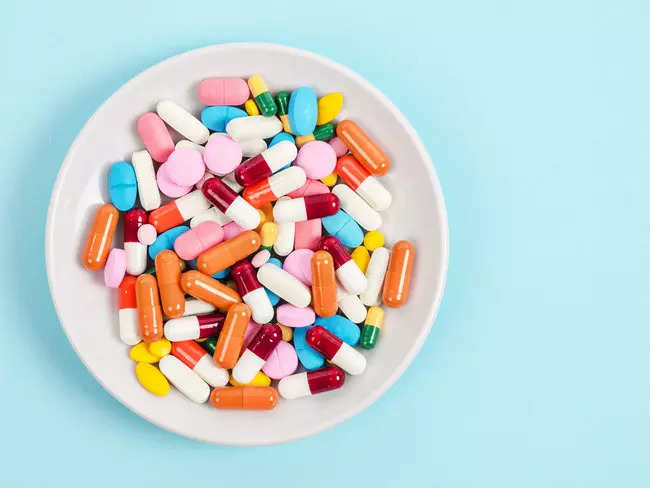 The World Health Organization (WHO) has called antibiotic resistance “one of the biggest threats to global health, food security, and development”.

It comes after experts warned for decades that excessive use of antibiotics makes it harder to tackle the bacteria the medicines were created to destroy.

Here’s a closer look at the problem.
Antibiotics are medicines that either destroy bacteria or keep them from proliferating.

Penicillin, which was discovered in 1928, became the first antibiotic to be mass produced after the Second World War.

But over time the widespread elimination of bacteria vulnerable to antibiotics made room for more resistant bacteria to spread.

Antibiotic-resistant germs can also transfer their defences to bacteria that have traditionally been vulnerable to the drugs.

“The majority of resistance we see — especially cases that spread fast and are dangerous — are due to that ability to transfer resistance,” microbiologist Christian Lesterlin told AFP.

As a result, antibiotics are becoming less effective against infections.

Antibiotic resistance is a natural phenomenon but humans have quickened the process through the widespread use and overuse of the powerful medicines.

About 20 years ago developed countries began to warn of the dangers of using antibiotics to treat seasonal flu, which is caused by a virus and not a bacteria.

By around 2010, the use of antibiotics in humans stabilised in rich countries, though their prevalence is growing in developing countries as people get better access to medicines.

A 2018 report from Johns Hopkins University found global consumption of antibiotics had increased 65 percent from 2000 to 2015, driven by users in low- and middle-income countries.

The routine treatment of livestock with antibiotics is a growing concern with the European Union banning the use of antibiotics to promote livestock growth in 2006.

But the practice has continued to grow globally and in 2017 the WHO issued guidelines recommending livestock no longer receive preventative antibiotics.

Resistant bacterial strains among fish and animals could not only disrupt food production, they also risk hampering the effectiveness of antibiotics in humans.

The biggest risk to humans is infection with bacteria that cannot be treated with the antibiotics that exist today.

Outbreaks of drug-resistant “superbugs” in hospitals are a major cause for concern.

A 2018 study in the Lancet journal found that more than 670,000 people across the European Union fell ill in 2015 from five strains of antibiotic resistant bacteria, and an estimated 33,110 died as a result.

The Centers for Disease Control and Prevention estimates some 35,000 people in the US die from superbug infections each year.

The WHO warned in 2019 that only 65 countries in the world were collecting data on their antibiotic use, leading to a shortage of information on their use in developing countries.

Antibiotics should be used sparingly, and the WHO suggests splitting the drugs into three categories for human use: Access, Watch and Reserve.

Antibiotics in the “Access” group should make up at least 60 percent of total consumption, with drugs in the other categories reserved for cases where other antibiotics have failed, the WHO advises.

Favouring antibiotics in the Access group lowers the risk of resistance because they target a specific bacteria rather than several at once.

Australia Disappoints at COP26 – The Diplomat

Planning to visit nearby markets? Check Google Maps’ new feature that can warn you about crowded places | Technology News