How air ambulances are a boon to organ transplant

The first and foremost benefit of the air ambulances is that they provide speedy transportation of both the organs and the patients in need, whenever the need arises 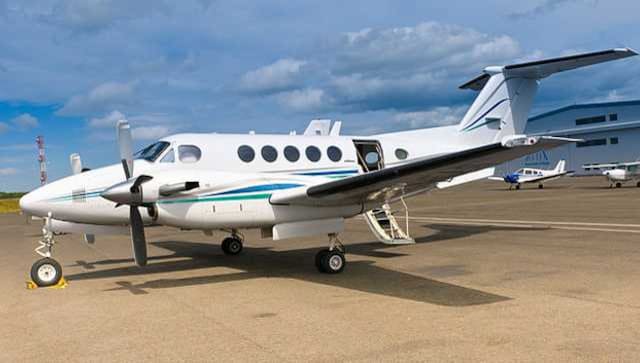 With the ever-increasing health concerns that people are going through, now it’s time to the game up in the healthcare industry. There have been many technological advances that have helped save numerous lives even from fatal diseases and life-threatening accidents. It is not just because of the skill sets of the doctors and surgeons that people have been taken out of danger, but it is also because of the people that work round-the-clock to make sure that those people’s lives are saved. Say, for example, ambulance drivers and the paramedics who rush to a location whenever there is an emergency. According to a study in 2014, it was found that at least one life is saved in the country every 30 minutes, all thanks to the emergency services.

However, there are times when the situations are more critical due to time constraints like in the case of an organ donation where time plays a crucial role. In cases like those, the facility of an air ambulance comes to the rescue. Air ambulances come to the help in dire times when there is an urgent need for an organ transplant. Air ambulance is just like any other ambulance, with all the facilities that are available in a standard ambulance. The upside of an air ambulance is that it is fast since it does not meet any road traffic. For shorter distances, helicopters are used as air ambulances since they are more feasible vehicles to operate and use. For longer distances, fixed wings i.e. aeroplanes are used. An air ambulance can transport an organ that a patient needs at a remote location. It can also transport the patient themselves from the remote location to the hospital where the surgery needs to be done. Some private institutions provide air ambulance services alongside some charitable trusts as well.

When it comes to critical situations for the patients, time is life – literally. Along with transporting the organs quickly and in time, it also matters how the organs are transported inside the air ambulances and stored during the transportation. In common practice, the harvested organs are washed with a refrigerant because Cooler

the organs, the lower the need for oxygen to main their cell health. However, the time varies for each organ to stay healthy outside of the human body. For sensitive organs like kidneys, it can take up to 24 hours and for the liver, it can take up to 10 to 15 hours. But for the heart, it gets even more critical since the maximum time it can be kept out of the body is four to six hours. Most heart transplants are usually done within the time span of four hours. To make sure that the organs are safe and secure, they are packaged in special containers that maintain the organs’ health properly. The storage container that is used in air ambulances is most commonly referred to as cold ischemic storage.

How does air ambulance help to save time and life

Time is of the essence for organ transplant patients, the complex logistics and the extreme amount of distance the aircraft must cover can be challenging. Emergency organ transplants are not easy. It only takes a second for a heart to stop beating, but hours upon hours to get it back where it belongs. Air ambulances race against time and are able to shift people to another city without any hassle at all. These vehicles offer unparalleled speed and do not get stuck in traffic or other hindrances that ground ambulances face in moving about. An organ can survive only for a specific time without oxygen, making timely transport imperative. Air ambulances are agile and fast, capable of going hundreds of miles per hour, covering roughly 300 air miles in less than 2 hours in case of emergency cases.

Air ambulances keep up with the pace of emergency organ transport by providing rapid response times and take-off speeds. The planes are designed to move fast, and the pilots are trained to do what it takes to get your patients where they need to go as quickly as possible.

Getting organs to transplant recipients quickly is a complex and delicate process, but green corridors play a vital role in helping the transplant system work. Once the organ reaches the airport, it is transported to the planned hospital via road ambulance, Organs have limited windows of time and they have already lost a major chunk of survival time to reach all the way to the airport and the organ is in the last stage of its viability. So, to transport the organ from the airport to the hospital a Green corridor is created by seeking permission from the traffic police. This helps to deliver organ to the transplant spot as quickly as possible before it reaches their countdown and become waste.

The first and foremost benefit of the air ambulances is that they provide speedy transportation of both the organs and the patients in need, whenever the need arises. Air ambulances provide 100% safe transportation with advanced tech medical facilities alongside the attendants to handle an emergency condition. They are also the fastest means of transport (yet), so the organ transportation is handled very well and the organ transplant is performed in a great condition eventually. They provide a bump-free and comfortable flight in case there needs to be a transport of the patient and that eventually avoids any further complications. Another major benefit of an air ambulance is that it can operate almost anywhere in the world, even at places where a ground vehicle is not able to reach. That gives it an upper hand over ground ambulances. There are also increased chances of survival when an air ambulance is dispatched as to the times when a ground one has been dispatched. A statistical analysis shows that an average of 12 more lives are saved every 100 times when an air ambulance is dispatched over a ground ambulance.

The major transport for organ transplantation is from Hyderabad to Chennai resulting in about 90 per cent of total organ transport in India. The estimated time of travel from Hyderabad to Chennai is approximately 1 hour and 30 minutes. With this time constraint, the team at hospitals operates as fast as possible once it gets the call for a patient who needs an emergency transplant. This has led to the establishment of a dedicated Air Ambulance service between these two cities which transports organs cooled by liquid nitrogen tanks on board. Specialists teams of doctors and nurses travel aboard the aircraft to provide care during long-distance transports.

Organ transplants from remote, big, and small places of district headquarters to the hospitals in far-off cities and countries would become a reality with the activation of air ambulance services in major parts of the world. Also, transporting organs via drones is considered one possible solution to this concerning problem. The scope of AI in life-critical transport will transform the entire air ambulance industry and organ transplant field. One research suggests that introducing new airline routes reduces the discard rate of donated kidneys and increases the number of kidneys sent to transplant centres across India.

The author is the founder Air Rescuers Worldwide Pvt Ltd. Views are personal.

What Is Property Damage Liability Insurance?