He revealed that his friends had ordered a cake for his birthday, but the bakers assumed that they had misspelled COVID-19 and corrected it 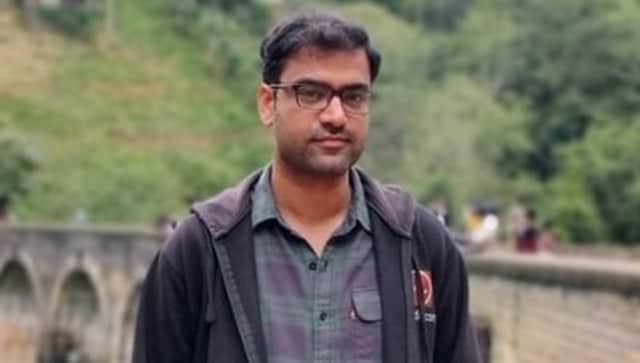 Holidify co-founder Kovid Kapoor recently detailed his experience travelling abroad in some hilarious tweet. The Twitter thread, which has gone viral now, detail everything amusing instance he encountered he has encountered since the start of the COVID-19 pandemic.

https://twitter.com/kovidkapoor/status/1478413742727569415
Kapoor has also had to modify his bio on the micro-blogging platform as “My name is Kovid and I’m not a virus”. In his tweets, Kapoor stated that his first name Kovid actually means “scholar/learned” and that the word comes in the Hanuman Chalisa. Unlike the word COVID, his name is pronounced with a soft “d” sound, as per Kapoor.

As the tweets went viral on social media, the Holidify co-founder shared some amusing incidents that took place. He revealed that his friends had ordered a cake for his birthday, but the bakers assumed that they had misspelled COVID-19 and corrected it.

For my 30th bday, my friends ordered a cake – and Amintiri automatically assumed that it's some kinda joke, and it should be spelled with a C not a K. 🎂 pic.twitter.com/3jrySteSbC

In another instance, Google though he had misspelled his name in his own Gmail search bar.

https://twitter.com/kovidkapoor/status/1478752177841573891?
A Zoomcar customer care executive once admitted to Kapoor that he was laughing about his name with his colleagues.

https://twitter.com/kovidkapoor/status/1478752182006517760
Kapoor has also confessed that he gives a fake name at Starbucks now to avoid jokes on his name. The Holidify co-founder mostly uses “Kabir Kapoor” as his name in the coffee store chain.

https://twitter.com/kovidkapoor/status/1478752172254711808
He also posted a hilarious response when a user asked him if people ever saw him with a Corona beer.

https://twitter.com/kovidkapoor/status/1478710025036066817
Kapoor ended his story by saying that there have numerous funny instances with electricians, airport security, and delivery persons and so on. He added that in these situations he makes sure to properly enunciate his name and then show his PAN Card to prove that is name really is Kovid.
The thread encountered hilarious responses from social media users who were quick to chime in with jokes and quips.
Some hilariously advised Kapoor to “stay positive”.

https://twitter.com/LloydMathias/status/1478705867855785986?
Others were left in splits while imagining how his name would be announced at the airport.

Recently R&B singer Omarion also released a viral video, joking on the similarity between his name and the Omicron variant of the coronavirus.

What are your thoughts on this hilarious Twitter thread?

Walmart invites Indian sellers to expand overseas via its US marketplace

NSA Ajit Doval turns 77 today; all you need to know about the ‘James Bond of India’