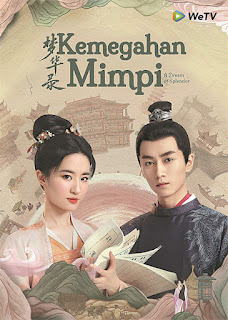 Komin Aoudomphan went to great lengths to discover the reason for a bomb explosion on a bus in the Chinese suspense series Reset.

He spent a day and a night going without sleep to view the 15-episode drama in Bangkok earlier this year, when it became a hit in Thailand.

“All my friends talked about the plots. The lead actor and actress in the series are charming and attractive,” said Aoudomphan, who works at TrueID, a popular online video platform in Thailand.

TrueID introduced Reset to Thailand from China at the start of this year.

The series depicts the journey of a college student and a game designer who are stuck in a “time loop” as they determine the truth behind the bomb explosion on the bus, which kills all passengers aboard. The series has garnered more than 2 billion views in China and is also hugely successful in Thailand.

Due to the rising popularity of Chinese content in recent years, TrueID set up a dedicated Chinese television section last month featuring dozens of popular series.

Wang Shuang, who is in charge of the overseas market at WeTV, an international version of leading Chinese streaming platform Tencent Video, said, “Chinese content is gaining popularity not only in Thailand, but throughout Southeast Asia.”

According to Wang, demand for Chinese dramas has soared in Southeast Asia in recent years, especially in Thailand, where Chinese series have edged out those from South Korea, followed by series from Japan, the United States and European countries.

WeTV has been downloaded about 150 million times globally. About 30 million downloads are from Thailand, a country with a population of less than 70 million.

Lu Di, professor at Peking University’s School of Journalism and Communication, said: “Thailand is a very mature market for Chinese dramas. The country is close to China geographically and people from the two nations share many similarities in daily life and culture. Communication and exchanges between China and Thailand have been taking place since the Han Dynasty (202 BC-AD 220).”

The rising popularity of Chinese series elsewhere in Asia is largely due to streaming platforms attracting young people, who form the majority audience for these dramas overseas, Lu added.

Exports of Chinese TV series have returned to pre-pandemic levels, according to a report on the international distribution of such dramas issued by the National Radio and Television Administration in November.

Last year, the export value of television series was $56.83 million and China exported 714 TV dramas during this time. Southeast Asia is the core market for these dramas, accounting for one-third of the series that are exported.

The report also said that female audiences from Asia, especially those born after the 1990s and 2000s, comprise the majority of people who enjoy watching Chinese series.

Wang, from WeTV, said its subscribers are mostly women younger than 30. Many of them are attracted by Chinese costume romances, a popular genre in the nation’s showbiz industry.

The Chinese costume drama Who Rules the World, starring Yang Yang and Zhao Lusi, became a sensation in Thailand after airing on WeTV in May. It tells of the love story between a young woman and a man competing with each other in martial arts who finally fight against the world together. The romantic drama received hundreds of millions of views.

Wang said, “We really hope to bring these stars to Thailand for their adoring fans to meet them,” adding that previously, pandemic policies made it impossible for Thai fans to meet their favored stars.

In 2019, when WeTV held an offline event at a shopping center in Bangkok that featured two leading actors from a Chinese romance series, fans packed the center, Wang said.

“There were so many people. It was very impressive. The two Chinese stars were not that popular at home, but because they played protagonists in the romance series, the Thai people loved it so much,” Wang added.

This series, Put Your Head on My Shoulder, is a small production that relates the love story between a young man and woman who have just graduated from college. It was the first Chinese drama introduced to Thailand by WeTV.

Many popular Chinese dramas have since been introduced by the streaming platform, which in 2019 formed a team of about 30 people in Bangkok.

“Although we couldn’t organize offline promotional activities after 2020 due to the pandemic, our subscriber numbers have grown steadily each year,” Wang said.

Other leading Chinese online video platforms such as iQiyi, Youku and Mango TV have also launched overseas services and have chosen Thailand as a key location to run their businesses.

In June 2019, iQiyi launched its international version, and focused on introducing love series to the Southeast Asian market. Mango TV said it was setting up a Southeast Asian communications center to support its overseas market after cooperating with the national TV broadcaster in Laos.

According to a report issued by Media Partners Asia, WeTV accounts for 22 percent of the streaming market in Thailand, while Netflix comprises 24 percent. However, Wang said they still need to cooperate with their Chinese counterparts to improve the popularity of Chinese series.

“I think we (Chinese streaming platforms) should cooperate in actively promoting Chinese dramas, in order for them to reach a wider audience overseas. We are still on the road to cooperating, rather than competing with each other,” Wang said.

In addition to introducing domestic series to overseas markets, more Chinese platforms and companies are producing local content by working with teams in Southeast Asia.

For example, WeTV has produced the Thai campus romance Love Mechanics, the melodrama The Wife, as well as the second season of the Indonesian hit My Lecture, My Husband. The Layangan Putus series in Indonesia, which tells the story of a couple enjoying a harmonious and loving relationship, has garnered hundreds of millions of views.

Explaining the idea to make original content starring local celebrities and cast members, Wang said: “We try to resonate with local communities. When people use our app to access original local material, they can also choose Chinese content that we provide.”

For Century UU, a distributor and producer based in Tianjin, producing dramas with a Thai team to target audiences in China and Thailand is a good opportunity to meet future demand.

Century UU bought the copyrights for three popular South Korean series and produced them in Thailand with local teams. The series, which have aired in China and Thailand in the past two years, have received good reviews.

Li Fude, the founder of Century UU, said, “It’s very convenient and easy to integrate all the resources we need to produce such originals, and it’s not as expensive as shooting them in China.”

When the company was established in 2012, it mainly introduced Thai TV dramas to China and distributed other Chinese series overseas. After years of working with its partners in Thailand, it has found new opportunities to cooperate with partners overseas in jointly producing original material.

Li said, “We make tailored content that takes into account the tastes of audiences from different nations.”

For instance, his team added many elements related to Thai food to a romance series.

To improve its original productions, the company set up a shooting area equipped with high technology.

Century UU changed its distribution strategy this year. It dropped the practice of distributing one series through a single partner. Instead, it now provides a package of series.

For example, the dedicated Chinese TV section at TrueID is cooperating with Li’s company. The section includes different types of Chinese dramas, such as costume series and modern productions, to showcase just how vivid Chinese culture is.

“This is a good way of offering more choices to audiences overseas,” Li said.

His company is also one of the leading Chinese content providers on YouTube. It has more than 27 million subscribers and covers 13 languages. The number of subscribers from Russia, Indonesia, Vietnam and Arab countries has surpassed 1 million in each location.

Li said that in recent years, apart from the core market in Southeast Asia, the number of subscribers in Arab nations has risen quickly, and their favorites are modern series that tell romantic stories about young Chinese.

According to the report published by the National Radio and Television Administration in November, Arab nations are becoming an extremely important market for Chinese dramas. Historical series and modern dramas are favored by these audiences.

This month, the Arabic version of the popular Chinese series Minning Town, which tells the story of poverty being eliminated in a rural village, aired in many Arab countries.

Ma Ning, the founder of Wisdom House International Culture Communication Group, which dubbed Minning Town in Arabic, said, “This year marks the rise of Chinese dramas in the Arab world, especially after the release of Minning Town.

“People in Arab nations want to know the secret of China’s success through its dramas.”

A first: DVC seeks to buy 3.7 Gw of power from three thermal units