In a series of posts on Twitter, Neeraj Shekhar, who is son of Chandrashekhar, recalled his father’s meetings with Prime Minister Narendra Modi and said he feels gald that there is a museum that ‘recognises the contribution of each and every PM in equal measure’ 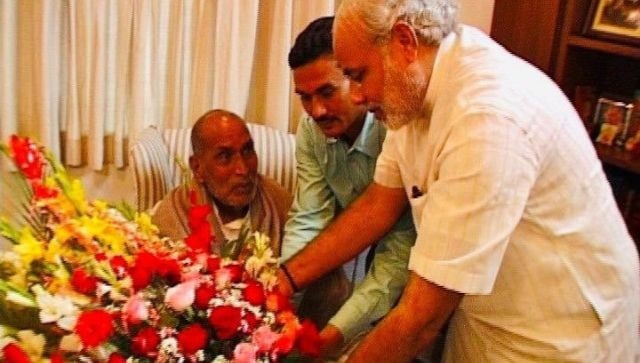 In a series of posts on Twitter, Neeraj Shekhar, who is son of Chandrashekhar, recalled his father’s meetings with Modi and said he feels gald that there is a museum that “recognises the contribution of each and every PM in equal measure.”

“PM @narendramodi and Chandrashekhar…different generations, different political parties yet a very close bond. This is exactly what democracy is about. My father knew PM Modi for many years and was always appreciative of his developmental work and eye for detail,” Neeraj Shekhar tweeted.

“The first time my father, former PM Shri Chandrashekhar and @narendramodi Ji met was after the Emergency. Modi Ji was still learning the ropes of politics and political movements. He had been assigned a duty to be with my father in Gujarat. In the mid-2000’s, when my father was not in the best health and was out of active politics, he expressed a desire to meet CM @narendramodi. Very promptly, CM Modi said he will come to meet my father in Delhi and in his very next visit he came to meet my father,” he added.

He stated that during their meeting, the two leaders spoke about the “anti-Emergency movement, the direction of Indian politics in the 1980’s, 1990’s” and also about the work Modi was doing in Gujarat as Chief Minister. “My father was impressed by his sincerity and tenacity,” he said.

He added, “I lost my father in 2007 and that is when I began my active political life. Governments came and went, including of those with whom he worked very closely with but there was not much effort to showcase his contributions to the nation. Sadly, PM meant only PMs of one dynasty.”

“Today, when my family and I went to PM Museum we were overcome by a sense of pride and emotion. At least there is some leader who thinks about the bigger picture, a true statesman above party lines. As the son of my father, as a Member of Parliament and as a observer of politics, I am glad that we have a museum that recognises the contribution of each and every PM in equal measure. Because, each of them faced challenges and rose to meet them to the best of their abilities,” Neeraj Shekhar tweeted.

He added, “Wherever he is, my father would be blessing PM @narendramodi. So would all other Prime Ministers. Let this museum begin a new culture of statesmanship.”

A spinning wheel which former prime minister Lal Bahadur Shastri got as “dowry”, Chaudhary Charan Singh’s diaries and P V Narasimha Rao’s spectacles are among the articles that their families have offered for display at the Pradhan Mantri Sangrahalaya, according to PTI.

Located at the Teen Murti Complex in New Delhi and built at a cost of Rs 271 crore, the museum will shed light on the lives and contributions of all the 14 former prime ministers of the country.

For South Korea’s New President, Challenges Mount at Home and Abroad – The Diplomat