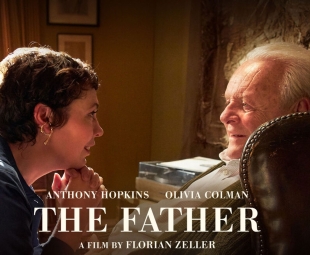 (Xinhua) The China Golden Rooster and Hundred Flowers Film Festival kicked off on Tuesday in the city of Xiamen, east China’s Fujian Province, with foreign films joining the race for China’s top film awards for the first time.

Five foreign films will compete for the best international film of the China Golden Rooster Awards, including “The Father” featuring Anthony Hopkins and “Persischstunden,” a joint production of Russia, Germany and Belarus.

The event, which runs until Dec. 30, will see nominees compete in 20 award categories for the 34th China Golden Rooster Awards.

The shortlist of 41 films selected from 185 entries includes the “Cliff Walkers,” a spy thriller directed by Zhang Yimou. Set in the 1930s in northeast China’s Harbin during the Japanese invasion, the film follows Communist Party special agents as they test their wits against their enemies to complete a secret mission.

The other nominees for best film are “Chinese Doctors,” “My People My Homeland,” “Island Keeper,” “Sister” and “The Pioneer.”