Epileptic Attacks and a Stroke- The New Indian Express

Name of study: Late-onset epilepsy is linked with a significantly increased risk of stroke By who and where: Data obtained from the UK General Practice Research Database. Published in the journal Epilepsy and Behaviour.

What does it say?
✥ People at age of 30 or older suffering from epilepsy are more vulnerable to a stroke in the future.
✥ The risk seems to be particularly high in the first year following a seizure.
✥ The study shows that the high incidence of stroke in patients suffering from epilepsy may be attributed to certain risk factors such as diabetes,
hypertension, or smoking.
✥ People exercising regularly, and having a low alcohol intake, may have late-onset epilepsy. 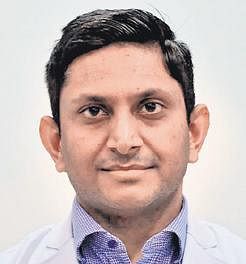 For
Something to watch out for
Dr Sahil Kohli Senior Consultant, Neurology, Max Hospital,  Gurugram

Seizures occur due to an imbalance of the excitation and inhibition in the neuronal activities of the brain and can lead to a lack of oxygen supply to the brain due to not breathing, unintentionally. Though seizures usually do not cause any lasting damage to the brain, persistent episodes or severe seizures may affect the brain, thereby doubling the risk for stroke. It is evident through many studies that those who have had an epileptic seizure, get a mini-stroke, but this is an indication of future risk for developing ischemic stroke. More than half of all stroke-related seizures happen in the early stages.

One of the most common causes of late-onset seizures is stroke. Hence, to conclude that seizures can lead to a stroke is not the right way to infer. On the contrary, patients with late-onset seizures and baseline normal imaging should be investigated thoroughly with neuroimaging, which will show potential risk for developing further stroke, and this can then be managed to prevent a catastrophe. Late-onset seizures in adults (unlike in early childhood, which is most often idiopathic) should be considered as a symptom, not a disease.