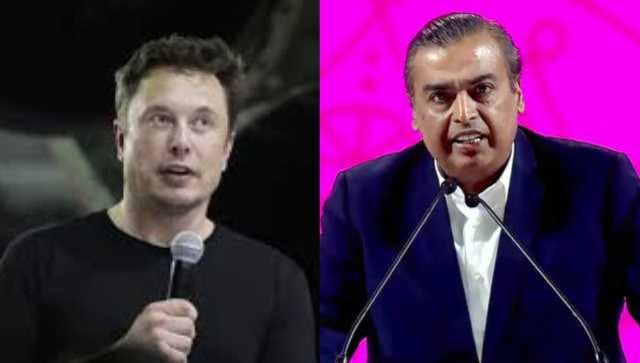 Tesla and SpaceX CEO Elon Musk continues to be the richest person in the world. According to Forbes real-time billionaires list, Musk’s net worth has risen by $8.2 billion in the last one day, up 3.65 per cent and is now at $233.7 billion.

At second place is Bernard Arnault and family of LVMH (full form please) whose current net worth is $157.0 billion, up 1.71 per cent or $2.6 billion from before.

With $151.2 billion wealth, Amazon’s Jeff Bezos is the world’s third largest richest man. According to the list, his wealth has increased by 2.59 per cent. Bezos is followed by Microsoft CEO Bill Gates whose net worth has risen by $1.4 billion or 1.08 per cent and is now at $129.1.

Berkshire Hathaway CEO Warren Buffett net worth is now $113.9 billion making him the fifth richest man in the world. There has been an increase of $738 million or 0.65 per cent in Buffett’s total assets.

As per the list, Mukesh Ambani has once again becomes India’s richest person with a net worth of $104.8 billion, 6.70 per cent or $6.6 billion more than the last day. Ambani is the sixth richest man in the world.

Meanwhile, Gautam Adani, who is the ninth largest richest man in the world as per the list, gained 0.95 per cent or $945 million in the last one day that has increased his wealth to $100.2 billion.

Google’s Larry Page is the world’s seventh largest richest person with his wealth summing up to $100.9 billion, while Larry Ellison, co-founder of Oracle, is on the eighth spot with net worth of $100.8 billion.

Google’s Sergey Brin is last among the top ten world’s richest person with a net worth of $97.1 billion.

Can Jacinda Ardern Save New Zealand’s Free Trade Deal With the EU? – The Diplomat