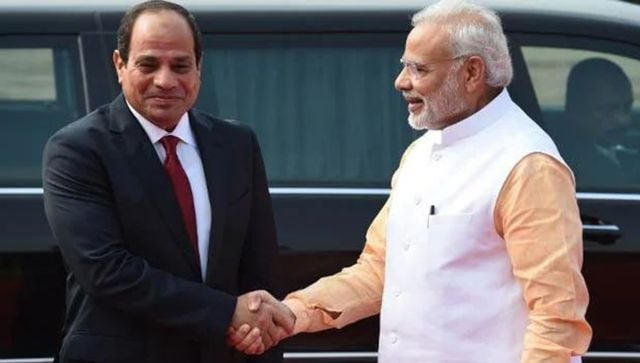 New Delhi: Egyptian President Abdel Fattah el-Sisi will be the first chief guest from his country at India’s Republic Day celebrations beginning next week, the Centre announced on Friday.

He is the fifth leader from the West Asian and Arab world to be the chief guest at the Republic Day Parade and subsequent celebrations.

President el-Sisi is scheduled to arrive in New Delhi on 24 January and will be received by Minister of State for External Affairs, Rajkumar Ranjan Singh. The next day, he will hold bilateral talks with Prime Minister Narendra Modi, as well as meet Vice President Jagdeep Dhankhar.

Later, he will attend a banquet hosted by President Droupadi Murmu. On 26 January, he will preside as the chief guest at the Republic Day Parade.

Accompanying President el-Sisi, will be a 180-member strong contingent from Egypt which will participate in the parade.

A number of agreements are also expected to be signed between the two countries. Additionally, a commemorative stamp marking 75 years of diplomatic ties between India and Egypt will be released during Republic Day celebrations.

The Egyptian leader’s visit is also expected to address economic ties between India and Egypt, particularly wheat supplies. Last year, India made an exception for Egypt and allowed the export of 61,000 tonnes of wheat in three tranches, despite an embargo. Egypt has since lifted a ban on Indian wheat and requested further supplies, though traditionally it imports wheat from Ukraine and Russia.

Bilateral defence ties between the two countries are also on the agenda, as Egypt has shown interest in purchasing advanced light combat helicopters such as the Tejas and Akash from India. Officials from Hindustan Aeronautics Limited (HAL) are in touch with the Egyptians for further discussion.

India vs New Zealand, 2nd ODI: When And Where To Watch Live Telecast, Live Streaming

This 2.7 Kg Cane Toad, Found In Australia, May Be The World's Largest