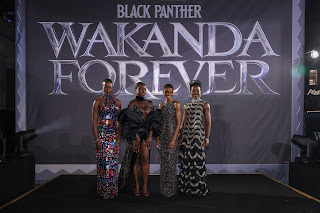 (WSJ) China has cleared two of Walt Disney Co.’s Marvel movies for screening in the country, a significant victory for Hollywood after years of tighter Chinese restrictions on new releases.

Disney’s Marvel Studios said on Chinese social media that two of its films, “Black Panther: Wakanda Forever” and “Ant-Man and the Wasp: Quantumania,” will hit Chinese theaters next month.

The movies will be the first in the superhero franchise to be released in China since 2019. The previous seven superhero films produced by Marvel, Disney’s most profitable film studio over the past decade, haven’t received release dates in the China market, cutting into international box-office sales.

China’s approval of Disney’s latest Avatar film, “Avatar: The Way of Water,” last month—the same day as its global release—was the most recent sign of a thaw, recording a box-office take in China of more than 1.5 billion yuan, equivalent to $221.4 million, since it was released in late December, according to Maoyan Entertainment, a Chinese data-tracking company.

Marvel Studios said on its Weibo social-media account that the latest Black Panther film would be released in China on Feb. 7, about three months after its international release. The film has already grossed about $837 million in global revenue, according to Box Office Mojo.

The studio said that its Ant-Man film would hit Chinese theaters on Feb. 17, the same day as its scheduled release in the U.S.

Separately, “Shazam! Fury of the Gods,” a superhero film from the Warner Bros. Discovery Inc.’s DC Studios, secured permission for release in China, according to a Wednesday report from China Film News, a publication run by China’s film-industry regulator. No date was given for the film’s release.

Representatives for Disney, Marvel and Warner Bros. Discovery didn’t respond to a request for comment.

The releases suggest China’s censors might be easing up on Hollywood films. U.S. film studios have struggled for years to get major movies shown in China, as political sensitivities have heightened under President Xi Jinping. Disney executives have blamed the lower-than-expected revenue from some releases on China’s tightened film controls.

China’s movie industry had a particularly bleak year in 2022 as the country imposed frequent lockdowns across the country that forced movie theaters to suspend operations.

Though Beijing offered relief measures to the industry, the country’s box-office revenues last year declined to just over 30 billion yuan, according to the China Film Administration. That was 36% lower than in 2021, and less than half the record figure in 2019.

The success of Avatar offered the industry a breather, as cinemas benefited from China’s abrupt reversal of its zero-Covid policies.

Chinese investment bank CICC last month estimated that the total revenue from mainland China’s movie industry this year would rebound to 54.7 billion yuan, about 85% of its 2019 level.

China’s approvals of foreign films fell sharply after the start of the Covid-19 pandemic, though some industry observers expect a rebound this year.

The releases come as Disney is defending its board and returning Chief Executive Robert Iger against a proxy fight launched by activist investor Nelson Peltz. Mr. Peltz and his hedge fund Trian Fund Management LP launched a campaign for a board seat last week to fix what he has described as a series of missteps, including in executive compensation and deal making.

Putin's chilling message to Ukraine: "No doubt Russian victory in Kyiv is inevitable"