London, Jun 02: After weeks of the ongoing televised Johnny Depp vs Amber Heard trial, the highly sensationalised and scrutinised defamation case of the Hollywood ex-couple, finally concluded on May 27, 2022, and the verdict was given on June 1, 2022. Depp won the defamation lawsuit, and the court ordered that he be rewarded $US15 million for damages, while Heard will receive $US2 million. A series of tumultuous ‘he said she said’ arguments revealed how broken the marriage of the two famous Hollywood celebrities was. 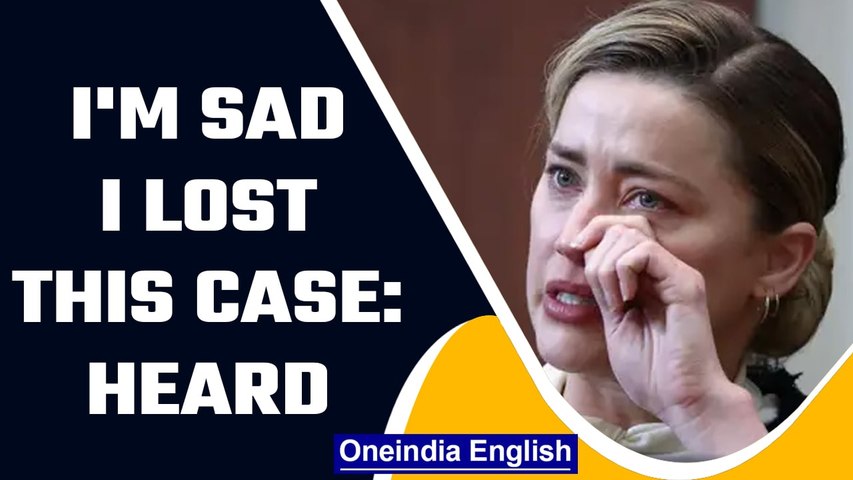 Since this defamation case was televised because of the scrutiny it attracted, the details of the relationship between ‘Pirates of the Caribbean’ star and Aquaman actress have become the talk of the social media and news organisations alike.

Meeting on The Rum Diary and dating

Depp and Heard met on the sets of The Rum Diary in 2009. Back then, Depp was still with his former partner and the mother of his children, Vanessa Paradis. In 2010, Heard came out as a bisexual and dated Tasya van Ree. After their respective breakups, Depp and Heard started dating “around the end of 2011 or early 2012,” according to Heard’s court files.

The tumultuous marriage and divorce

In 2014, Depp confirmed that he and Heard were engaged and in 2015, they were already married. However, in May 2016, Heard filed for divorce, citing irreconcilable differences. She claimed that Depp had been abusive throughout their marriage under the influence of drugs or alcohol and got a temporary restraining order against him. She received $US7 million as a divorce settlement, which she allegedly donated to charity, although Depp denied her allegations against him. He claimed that Heard wanted a premature settlement by alleging that he had abused her. The couple was finally divorced in January 2017.

In 2018, the British tabloid The Sun called Depp a “wife-beater” in an article, causing Depp to file a lawsuit against them, to sue them for libel. Later, Heard’s op-ed in The Washington Post claimed that she was a “public figure representing domestic abuse” during the time of her relationship with Depp, hinting that he was the perpetrator. Depp sued her for defamation over the article.

In 2020, in his case against The Sun, his former partners, Winona Ryder and Vanessa Paradis defended him. The trial lasted three weeks in the London High Court, where Depp accused Heard of punching him and defecating on his bed (Heard later denied this and said their dog did it, not her). He also said she had extra-marital affairs with Elon Musk (whom Heard dated briefly after her divorce) and James Franco. Heard denied all these allegations and claimed that Depp had threatened to kill her. Depp lost the case after three months of trial, and The Sun was justified for calling him a “wife-beater.” 12 of the 14 alleged assaults against Heard by Depp were upheld. Later, lawyers of both celebrities claimed that they would gain justice for their clients in the US court.

During this time, Warner Bros. studio asked Depp to step out of the Fantastic Beasts franchise, where he played the critically acclaimed part of antagonist Gellert Grindelwald. Millions of fans across the world had signed online petitions to retain his role but to no effect. Depp’s permission to appeal against the London High Court’s judgement was denied twice, 2020 and 2021.

Depp then filed a defamation lawsuit of $US50 million against Heard’s op-ed article. Heard countered it with a $US100 million lawsuit, for which the trial began earlier in the year.

On April 11, 2022, the Depp vs Heard lawsuit began a trial at the Fairfax County Courthouse, Virginia. Depp’s fans stood outside the courthouse to cheer Depp and boo at Heard whenever either appeared outside. Several celebrities took to social media to show their support while taking sides. Celebrities Robert Downey Jr., Zendaya, Jason Momoa, J.K.Rowling, etc., showed their strong support for Depp. Heard was unsurprisingly supported by Elon Musk and James Franco.

During the trial, the duo gave differing accounts and have accused each other of physical abuse at the time of their marriage. Depp claimed that Heard was responsible for the serious injury to his middle finger. He also alleged that his ex-wife threw a liquor bottle at him. Meanwhile, Heard denied it and argued that Depp penetrated her with a liquor bottle when she refused to have sexual intercourse with him when he was angry. She also said that the first time Depp hit her, she had thought he was joking. He slapped her “across the face,” which Depp denied. He said that he had never raised a hand on any of his partners, including Heard, despite the latter’s violent actions against him.

Depp’s team called on a psychologist who stated that Heard had a history of borderline personality disorders. Still, another report claimed that it resulted from Depp inflicting intimate partner violence. Audio recordings of Heard admitting that she had hit Depp and him claiming to want her dead were also played in court. Heard also testified to have covered her injuries with heavy makeup to hide Depp’s violence. Several witnesses were testified for over 100 hours, giving contradicting statements.

Throughout the trial, both Depp and Heard’s lawyers had read text messages between the two and their friends. The trial finally came to an end on May 27.

The verdict and after-effects

The seven-judge panel gave their verdict favouring Johnny Depp, stating that Amber Heard had fabricated her abuse claims. The jury also favoured Heard because she was also defamed by Depp’s lawyer, who called her allegations a “hoax.” The verdict was celebrated all over social media, and the celebrities expressed their opinion of the same. Depp posted on his Instagram handle that the jury “gave [him] back his life,” whereas Heard called the verdict a “setback” for women and that she was disappointed.

Let’s hope this will be the end of this high-profile case and that it will be an example to many who overlook male victims of domestic violence and abuse.

China makes another push for wind and solar energy – SupChina