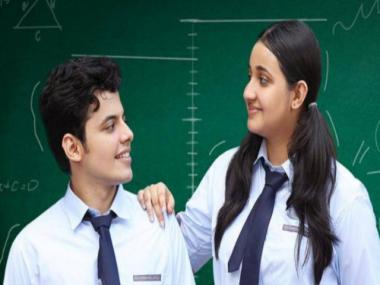 In 2007, Darsheel Safary captured the imagination of the country with his starring role as a dyslexic 8-year-old in Aamir Khan’s Taare Zameen Par. Safary’s mixture of classic child prodigy (his character is a talented artist who has trouble focusing) and naked vulnerability was perfect for the kind of coming-of-age story Khan (who played the boy’s art teacher himself) wanted to tell. We saw how the school system (certainly India’s, although the same could be said for a lot of countries) disincentivises innovation or those whose thought processes do not follow the conventional, linear path that teachers (underpaid and overworked themselves) are comfortable with. We also saw how parents, afraid and angry and insecure about their own role, can make the situation worse.

Basically, we saw how a coming-of-age story—a child finding their voice, really—can be a springboard for any number of ancillary narratives running parallel to the main story. In the last few years we have been blessed with a number of excellent coming-of-age films that have ended up tackling the thorniest of issues while depicting their protagonists’ awakening—Jojo Rabbit managed to satirise the Nazis while doing so, while the more recent The Black Phone showed us how a teenager outsmarts the serial killer who’s captured him in his basement (with a little help from a ghostly phone with the voices of the killer’s previous victims). This is a strong, versatile genre, which talented creators have used, time and again, to tell a remarkable variety of stories.

Amazon miniTV’s short film Capital A small a(directed by Sumit Suresh Kumar), which sees Safary alongside Revathi Pillai, is another reminder of Safary’s talents as well as the undeniable potential of the coming-of-age story. Pillai plays Aanshi while Safari plays Aadi—the ‘Capital A’ and ‘small a’ of the title. Aanshi is a smart, sweet, kind young girl who’s looking for a partner to the high school farewell dance; she’s wary of Rehan the resident dreamboat and his group of hanger-on friends. Aadi is the new student in class who takes an immediate shine to Aanshi.

The way the two of them meet is both cute and a pointed reversal of gender tropes within a classic ‘meet-cute’ scene, especially within the context of a romantic story. Aadi is reaching for a book off a high shelf and cannot quite reach it, only for Aanshi—who’s noticeably taller than him—to reach for the book and hand it to him. Soon, we see a group of boys sniggering at the duo. Director Sumit Suresh Kumar is keen to tell his young audience (Amazon miniTV has a stated mandate towards young viewers) that this kind of gender essentializing is wrong and avoidable, and he takes up every opportunity to do so. When Aadi and Aanshi are out in the city, street vendors look to Aanshi to pay them, because she’s taller and looks older, looks like the adult in the situation, which deflates Aadi a little bit. He feels like he is not ‘manly’ enough for Aanshi and we later see him looking up ‘how to be manly on a date’ on the Internet later that day.

I loved both Pillai and Safary in their roles; the former is nothing short of a revelation, a true natural who will no doubt essay much more difficult roles than this one in the near future. Safary, too, slips into an ‘evergreen’ mode of boyish charm effortlessly—and also excels in Aadi’s inevitable apology scene, where he is expected to be vulnerable and heartfelt without coming across as schmaltzy or heavy-handed.

Capital A small a, is ultimately, a film intended for a teen/pre-teen audience, so it deals in broad strokes. But certain situations do call for generic disavowals and this is one of them. When I think of all the media that young people are pelted with on a daily basis today, I am doubly grateful that something as wise, gentle and compassionate as Capital A small a exists. Coming-of-age isn’t always about a discovery of strength; sometimes, we grow up when we discover and acknowledge our weaknesses, too. Aanshi and Aadi’s is one such story and if you have a teen or a pre-teen in your life, I’d recommend you share it with them.

Aditya Mani Jha is a Delhi-based independent writer and journalist, currently working on a book of essays on Indian comics and graphic novels.