Voting for the Rajya Sabha elections has concluded, but it saw its fair share of drama with Janata Dal (Secular) MLA openly declaring his love for the Congress in Karnataka, legislators defecting from BJP in Rajasthan, and more 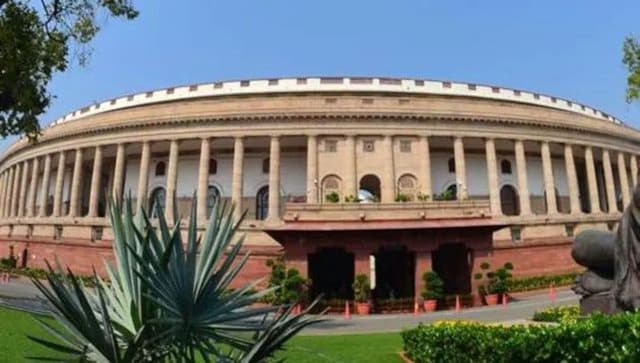 Elections were held for 16 vacant seats in the Rajya Sabha in four states, Karnataka, Maharashtra, Rajasthan, and Haryana. Forty-one candidates have been elected unopposed from the other states. PTII

The Rajya Sabha elections have been full of twists and turns. As lawmakers voted on 16 seats for the Upper House, all eyes are on the four states – Karnataka, Maharashtra, Rajasthan, and Haryana – where the fight is close. Political parties had shifted their MLAs to resorts because of the fear that their leaders will be poached. It did not stop defectors.

We take a look at all that’s unfolded since the polling began this morning.

In Karnataka, there’s a heated contest going on for one of the four seats. At least, two MLAs from the Janata Dal (Secular) have cross-voted. Srinivas Gowda and Srinivas Gubbi voted for the Congress party.

These are crucial votes, as it’s a tight race for one seat between the two opposition parties in the state – the Congress and JD(S) – who have both sworn to defeat the ruling Bharatiya Janata Party (BJP).

After the voting, Gowda told the media that he voted for Congress. Asked why, he quipped, “Because I love it.” The legislator had said in the past that he would quit the JD(S) and join Congress.

Party chief HD Kumaraswamy confirmed that two of the 32 JD(S) MLAs voted for Congress. “By not supporting a secular party like ours, the Congress has strengthened the BJP,” he added.

Six candidates filed their nominations in Karnataka for four seats, leading to all the fighting and cross-voting.

The BJP has filed three candidates though it can win only two seats comfortably given its numbers and the Congress has fielded two, even when it had the numbers to win one seat.

For the fourth seat, the BJP is left with 32 votes and the Congress with 24, while the JD(S) has 32 MLAs, of which two have now voted for the Congress. No party has the number to win the seat but all have fielded candidates. The JD(S) has recommended one candidate.

In Maharashtra, the ruling Maha Vikas Aghadi (MVA) coalition of the Shiv Sena, Congress, and Nationalist Congress Party (NCP) suffered a setback after the Bombay high court did not allow arrested minister Nawab Malik to vote in the election.

Malik’s lawyers tried to mention his plea before a single-judge Bench of Justice Bharati H Dangre. “If the special court has refused the permission, then when is the question of sending him in escort, the order has to be set aside.” The court refused to grant an immediate hearing.

A special court on Thursday had set aside the NCP leader’s plea along with that of former Maharashtra minister Anil Deshmukh.

Deshmukh’s lawyers had not mentioned his plea before the high court until late noon. The two NCP leaders could not vote.

However, the ruling coalition got a small boost when All India Majlis-E-Ittehadul Muslimeen (AIMIM) decided to vote in favour of the Congress candidate.

“Our 2 AIMIM Maharashtra MLAs have been asked to vote for @INCIndia candidate @ShayarImran for Rajya Sabha seat. We extend our best wishes to him! To defeat BJP, our party @aimim_national has decided to vote for Maha Vikas Aghadi (MVA) in the Rajya Sabha elections in Maharashtra. Our political/ideological differences however will continue with @ShivSena which is a partner in MVA along with @INCIndia and @Maha_speaks_ncp,” AIMIM leader from Aurangabad Imtiaz Jaleel tweeted.

To defeat BJP, our party @aimim_national has decided to vote for Maha Vikas Aghadi (MVA) in the Rajya Sabha elections in Maharashtra. Our political/ideological differences however will continue with @ShivSena which is a partner in MVA along with @INCIndia and @Maha_speaks_ncp.

Even as voting progressed through the day, the BJP claimed that three votes of the MVA – Congress’ Yashomati Thakur, NCP’s Jitendra Awhad, and Shiv Sena’s Suhas Kande – were invalid. However, the returning officer dismissed the claim.

The show-stealer probably was Independent MLA Ravi Rana. Recently, embroiled in the Hanuman Chalisa controversy with his wife Navneet Rana, he chanted the prayer 101 times before leaving to cast his vote.
Seven candidates are contesting for the six seats from Maharashtra.

In Rajasthan, cross-voting was the order of the day. The ruling Congress is said to have received two votes from the BJP. Dholpur MLA, Shobharani Kushwah, has allegedly cross-voted for a Congress MLA. Following this, BJP agent and MLA Rajendra Rathore demanded that the vote be rejected, reports The Indian Express.

In another incident, BJP MLA from Garhi, Kailash Chandra Meena, ended up showing his vote to Congress state president and polling agent Govind Singh Dotasra erroneously. Claiming that he had seen, Dostara said it should be rejected.

Meanwhile, Congress leader Sachin Pilot said hours before polling closed, “All our three candidates – Mukul Wasnik, Randeep Singh Surjewala, and Pramod Tiwari will win. Be it MLAs or independents, everyone is with us.”

All our 3 candidates- Mukul Wasnik, Randeep Singh Surjewala, Pramod Tiwari will win (Rajya Sabha polls). Be it MLAs or independents, everyone is with us. We will get votes beyond expectations. All of us have cast our votes…: Congress leader Sachin Pilot in Jaipur, Rajasthan pic.twitter.com/ZecI61kBdb

Every vote matters in Rajasthan where five candidates are in the fray for four seats.

In Haryana, MLAs across party lines seemed confident and claimed that no cross-voting had taken place.

Congress nominee Ajay Maken said, “I shall win, 200 per cent. There is no doubt on that”.

Congress MLA Bishan Lal Saini said, “No cross-voting took place in Congress. BJP should watch out for its own MLAs. Congress is getting at least 35 votes. If this number turns out to be incorrect, I will get my moustache shaved.”

All was going well in Haryana, until Sharma objected to two votes of Congress MLAs and wrote to the Election Commission (EC), seeking disqualification of the votes. Sharma alleged that Kiran Choudhry and BB Batra showed their votes to “other than their designated party observer”. He also said that he had complained to the Returning Officer RK Nandal but he did not register the protest, according to The Indian Express.

The Election Commission officials are examining the complaint and will a decision after 4 pm, when the polling concluded.