The toddler was with his mother, who hurriedly got down after he fell off the rickshaw. The video has got 1.1 million views so far along with positive reactions from the social media users. 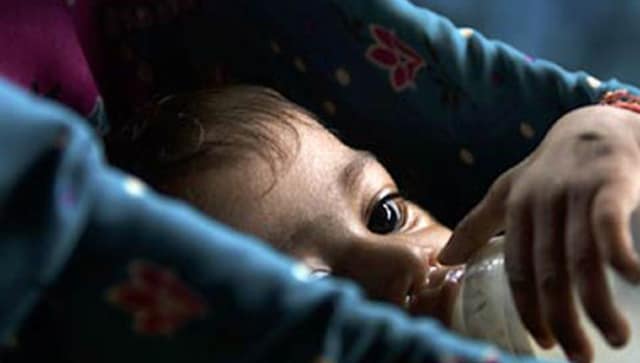 A traffic cop has been receiving appreciation on social media for acting swiftly to save a toddler from a near fatal accident. In the video that has now caught everyone’s attention on the internet shows a cop quickly rushing to save the little one who was about to get hit by a bus on the road.

The traffic cop named Sunder Lal was hailed as a hero after the video of the incident was shared by IAS officer Awanish Sharan on Twitter.

The toddler was with his mother, who hurriedly got down after he fell off the rickshaw. The video has got 1.1 million views so far along with positive reactions from the social media users.

Reacting to the video a user wrote, “Great job sir. Hats off”

While, another hailed the cop as “A True Hero”.

A third user called it a “Great job by the police”.

“Thumbs up for the People’s Police,” tweeted another.

A user even pointed out that the cop must be rewarded for his faithful service.

As a car approached the crosswalk, the crossing guard realised the car was not stopping in time and threw the student out of harm’s way.

In June 2019, the men in uniform in Madhya Pradesh were appreciated for showing their humane side and turning saviours of newborn babies dumped by their parents.

Beside their routine task of maintaining law and order and keeping an eye on the criminal activities, they also rescued abandoned children and gave them a new lease of life.

Will go to Mumbai tomorrow for floor test: Shinde

It is terror attack, but CM Gehlot trying to pass it off as murder, says BJP