Congress is welcome to self-destruct, but has no right to destroy the nation

Anti-Modi hate cannot be allowed to become hate for Hindus or Sikhs, or an excuse for supporting break-India forces directly or indirectly 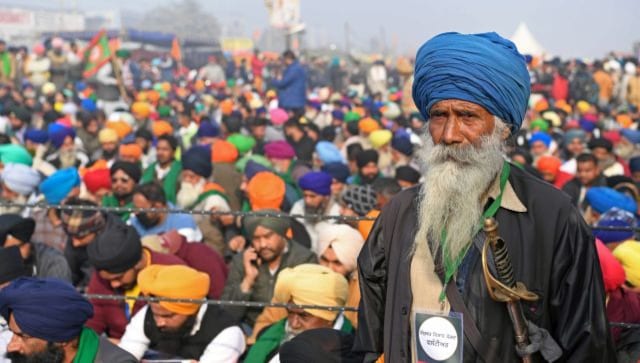 Farmers protest against the three agricultural laws at the Singhu border, near Delhi. AFP

The news about the Punjab government announcing Rs 2 lakh each to 83 people who were arrested by the Delhi Police for violence on the Republic day this year has stunned me.

Can a state government that is on oath to defend the Indian Constitution, support criminals who try to attack the sanctity of the very Constitution? Dividing society in the name of religion, caste, etc, is not new. But this is a new low in Indian politics.

The Congress seems to have forgotten that Punjabis, Congress and the nation as a whole have paid a huge price for this kind of opportunist, cynical politics in the 1980s and the 1990s. Competition between the Akalis and the Congress had led to a violent separatist movement in India that claimed thousands of lives.

Indira Gandhi had created Jarnail Singh Bhindranwale to fight and divide the Akalis. The Akalis, in turn, hoped to exploit him for their own political ends and decided to ride the proverbial tiger. I have written about it in my forthcoming book about three major conflicts in independent India that tested the nerves of its people and leaders. Here I will just quote one sentence: ‘Dictator’ of the ‘Dharam Yudh Morcha’, Harchand Singh Longowal, had declared, “He (Bhindranwale) is our danda (stave) with which to beat the government.” As history showed, it was a tiger that Logowal and his people could not mount, nor could Congress.

It seems none of the Punjab politicians have learnt the lesson. The new farm laws have been used to stoke the fires all over again. Gurdwaras have been used to spout venom against the Central government and slowly the economic issue has been turned into a religious one and an affront to Sikh society.

The Punjab agitation is today hijacked by separatist Khalistani leaders living abroad and working in close collaboration with Pakistan. They may not be controlling it but they have used it to create more hate and anger. One has to listen to the gossip, the discussions inside Punjab to understand what I am saying. Even during the peak of the Khalistani conflict of the 1980s such hate was not felt. I am a Punjabi who used to visit the state regularly during that period. I had never heard such venomous language.

The Republic Day violence was the exhibition of this sustained campaign. The protestors and the perpetrators of the disgrace that day were first feted by Khalistani supporters. According to a report, Shiromani Akali Dal Delhi (SADD) issued a statement that warned the Badals (Shiromani Akali Dal leaders) to stop using the seat of the Akal Takht to issue statements that “sabotage the farmer agitation as a state versus religion issue”.

Its leader, Harvinder Singh Sarna, lashed out at Akal Takht chief Giani Harpreet Singh and accused him of communalising the farmer protests after the latter justified the hoisting of Nishan Sahib at the Red Fort. For the people who have studied the earlier separatist movement of the 1980s, all this sounds eerily similar.

The Akalis may have forgotten the sordid 1980s when they were reduced to whimpering with fear even after winning the elections post Operation Blue Star. How can Congress forget the sacrifice of Indira Gandhi and brave Beant Singh who ended the terror with the help of KPS Gill with courage?

Today, when the titular Chief Minister of Punjab, Charanjit Singh Channi, announces Rs 2 lakh to the accused of the Red Fort disgrace, he is insulting the memories of thousands of brave men and women who fought for the integrity of the nation and paid for it with their lives, who stood firmly against attempts to create divisions between tightly knit Hindu-Sikh society.

Add to this, I saw a video of a Congress leader spewing hatred against the RSS and the BJP in the Punjab Assembly as if these were foreign organisations that were ‘allowed’ entry into Punjab by Akalis! This uneducated, ill-informed leader has no clue about the supreme sacrifice that RSS swayamsevaks with Akali Dal fighters under the leadership of
Sant Tara Singh committed to save lakhs of Hindus and Sikhs in newly formed Pakistan and bring them to safety in India. He doesn’t know that many Congress leaders sought RSS volunteers’ help to escape and save honour of their daughters and wives.

While Congress leaders were busy celebrating blood-soaked Independence Day in 1947, the Hindus-Sikhs had none to look up to except RSS, Akalis and military. This Modi-hating bigot doesn’t know that RSS swayamsevaks stood their grounds, took out morchas to keep up the morale of the society and see to it that there was no rift within the communities. Their slogan was, “Hindu Sikh ko jo ladaave wo desh da bairi hai. Hindu Sikh nu ladan ni dena, San 47 banan ni dena” (One who tries to make Hindu Sikh fight is an enemy of the nation. We will not allow Hindu Sikh to fight and we will not allow another 1947).

What is happening in Punjab today is continuing the chain of pronouncements of the Congress and its allies since Narendra Modi came to power. From JNU to Shahin Bagh to Jammu and Kashmir to farmers’ agitation, one can see the Congress’ support for “break India” forces in its thoughtless animosity against PM Modi. Indira Gandhi had played this game in Punjab but realised her folly. She paid with her own life, but refused to bow before the separatists. Captain Amarinder Singh played along for some time, but withdrew with alacrity after sensing the entry of Khalistani elements.

When the defenders of the Constitution end up damaging the Constitution, it is time to wake up and stand up against such mindless politics. We cannot afford to see Punjab torn apart with hate or support the separatist agenda in any way. Anti-Modi hate cannot be allowed to become hate for Hindus or Sikhs, or an excuse for supporting break-India forces directly or indirectly. The Congress is welcome to self-destruct, but it cannot be allowed to destroy the integrity and unity of India that is Bharat.

The writer is a well-known author and columnist. The views expressed are personal.