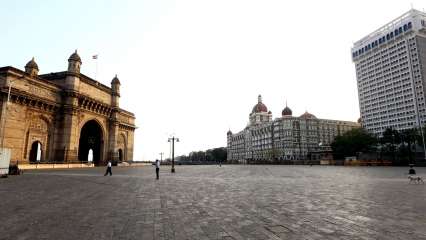 The Mumbai Police went right into a tizzy following a name informing them that two terrorists will enter the Taj Mahal Lodge on Saturday. Seems, the prank name was made by a Class 9 pupil.

The reception counter acquired an nameless name round 3.30 pm claiming that two terrorists have been going to enter the lodge, mentioned a police official.

After the police have been knowledgeable, a staff of the Bomb Detection and Disposal Squad and sniffer canine have been rushed to the constructing and the safety was beefed up, he mentioned.

The long-lasting lodge in South Mumbai’s Colaba space was one of many targets of the 26/11 Mumbai terrorist assaults.

The decision was traced to Karad in western Maharashtra’s Satara district and it turned out {that a} 14-year-old boy finding out had made it as a prank, the official mentioned, including that no case has been registered to this point. The boy had reportedly taken his father’s telephone and made the decision. His father has no thought concerning the risk name, the police added.

Delhi Covid Curbs Relaxed Further; Gyms To Open With 50% Capacity From Monday, Weddings Can Have 50 Guests