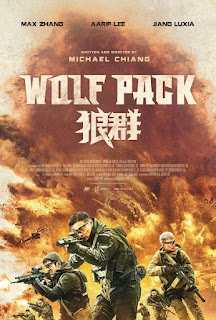 The Mandarin-speaking film is being released by Well Go USA with Chinese and English subtitles in selected theaters in Los Angeles, San Francisco, Atlanta, Vancouver, Toronto and a few other cities across North America.

Directed by Jiang Cong, the military-themed film stars Zhang Jin, Jiang Luxia and Aarif Rahman among others. The film, set in a fictional country, revolves around an elite anti-terrorist unit that uncovers a dangerous international conspiracy.

“Wolf Pack” opened synchronously Friday in China. The film currently boasts a rating of 8.9 out of 10 from over 10,000 viewers on Maoyan, a Chinese movie-ticketing and film data platform.

Can Ranveer Singh’s Cirkus match up to the success of Ajay Devgn’s Drishyam 2?