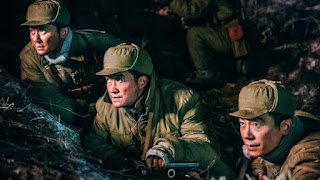 (Variety) Theatrical box office in four of the biggest territories in Asia-Pacific grew by nearly 64% in the first months of 2021, to hit $8.22 billion, said S&P Global Market Intelligence. The gain was achieved despite the ongoing negative impact of coronavirus on cinema operations and on film release schedules.

S&P Global Market Intelligence, which is connected to the financial analysis firm S&P, based its analysis on raw figures from OpusData. It tracked performance in China, Japan, South Korea and Australia, and used figures only for the first 11 months – meaning that it omitted the powerhouse debut of “Spider-Man: No Way Home” in two of those four countries in December. (“Spider-Man” releases in Japan on Friday, but it remains without a confirmed date in mainland China and may never be allowed into Chinese theaters.)

The headline figure also masks contrasting performances between China and the other markets.

For China, the S&P/Optus data shows box office between January and November 2021 reaching $6.44 billion, more than doubling the figure achieved in the first COVID year, 2020.

(Full year figures from the Korean Film Council published earlier this week showed a 14% gain. Data from Japan’s Eiren and Australia’s Motion Picture Distributors’ Association are normally published at the end of January.)

The S&P/Opus data show that the number of film releases remained weak outside China, which is increasingly operating on a separate economic, political cycle and film industry from the West.

Compared with 2020, the number of film releases in China leaped by 74%. In Korea, the number of new titles in the market increased by 11% over 2020, while in Australia they dropped by 2% and in Japan they crashed by 35%.

Tejasswi once got upset when called ‘aunty’, fans dig out old video after her spat with Shamita | Television News

Light in the early, dark days of the pandemic