Johnny Depp’s win against Amber Heard has send cheers to B-Town. Popular faces of the showbiz have come forward lauding the judgement against Ms Heard. From calling it a ‘personal win’ to stating that ‘abuse has no gender’, celebs have welcomed the decision with open arms. Actors Disha Patani, Kushal Tandon and Sophie Choudry were among the first ones to react to the verdict.

Siding Johnny Depp, Kushal Tandon wrote, “This looks like a personal win. Why? Because this sets a precedent stuff for the future. Congrats Mr Depp.” Sophie, on the other hand,  spoke about ‘abuse has no gender’. “‘Tell the world, I Johnny Depp, a man, am a victim too of domestic abuse. See how many people believe or side with you.’ 6 years later, he told his truth and he won both in and out of court. #Abuse has no gender, #Justice for Johnny Depp, #Johnny Depp vs Amber Heard,” she wrote in Instagram Story.

Disha Patani extended her support by sharing a photo of Johnny’s character Jack sparrow from the franchise Pirates of the Caribbean and said, “No body can ever replace you.” Take a look: 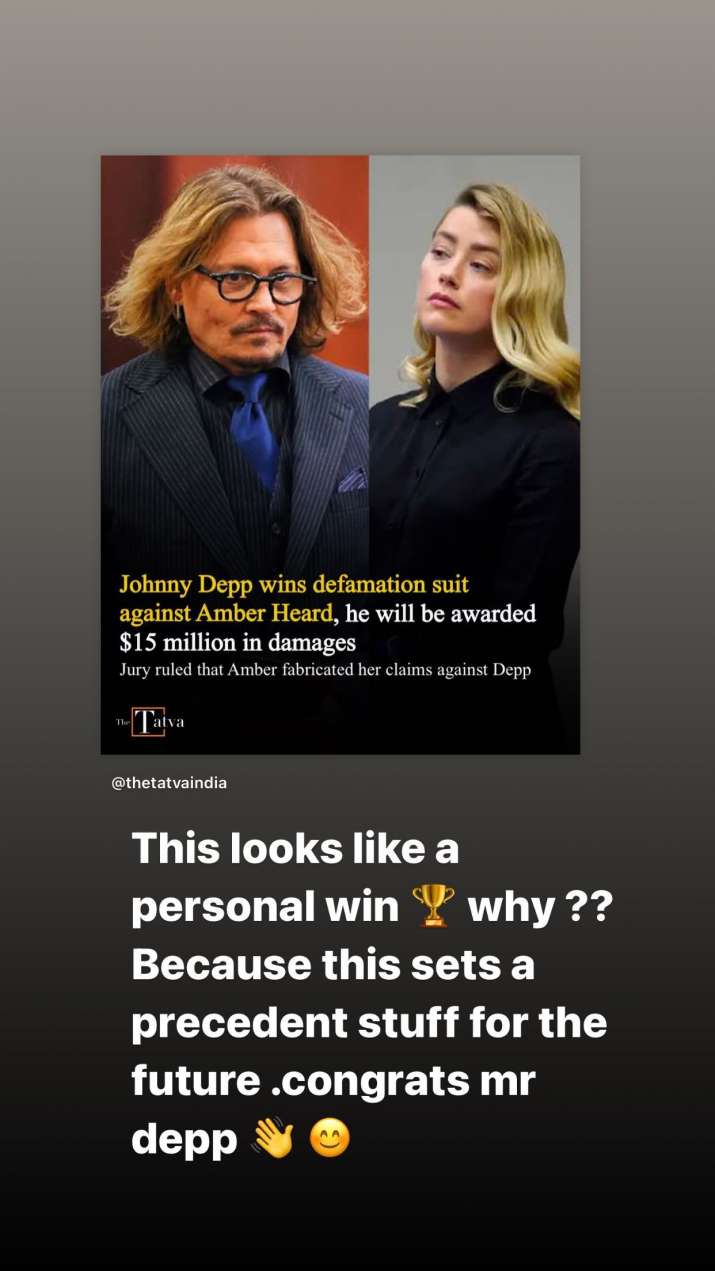 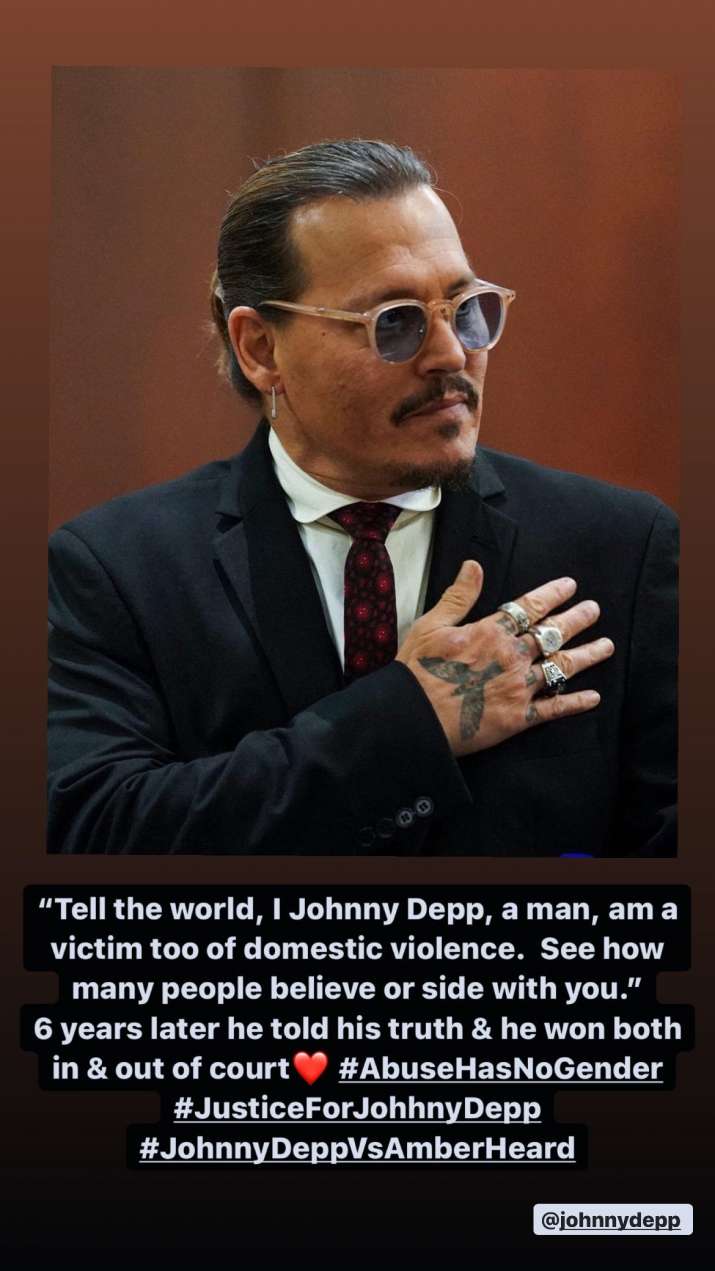 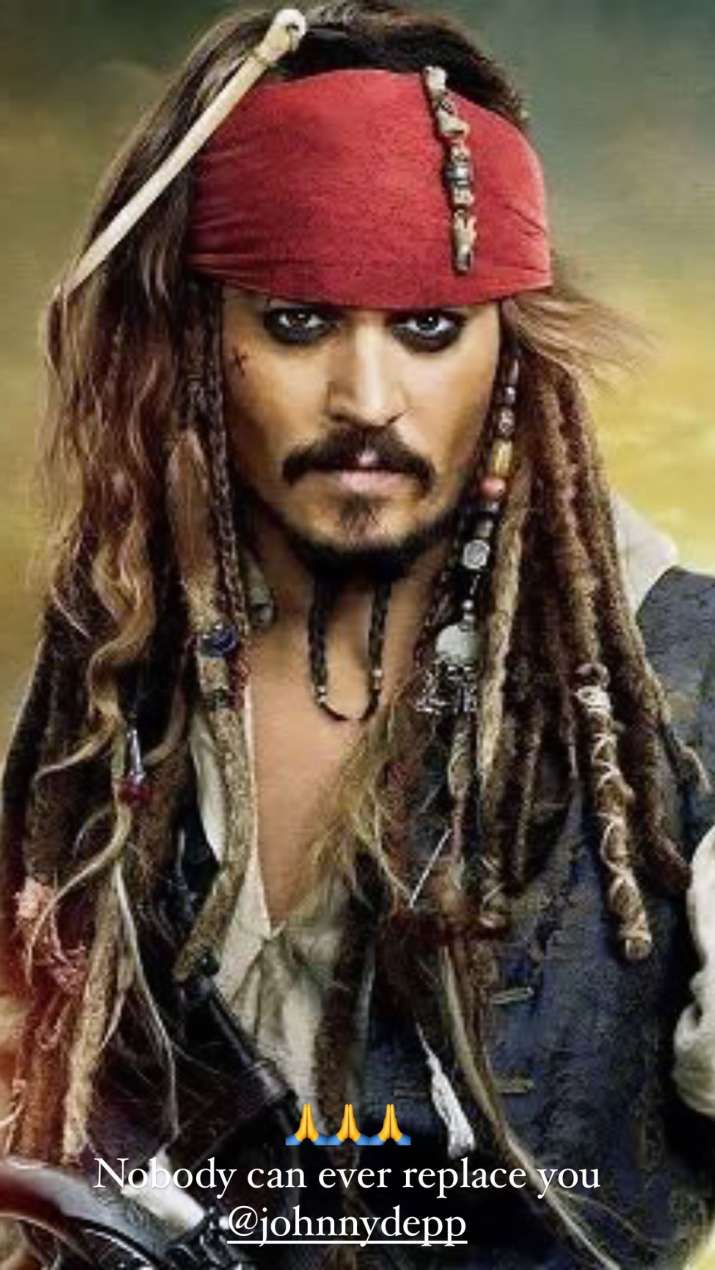 A jury sided Wednesday with Johnny Depp in his libel lawsuit against ex-wife Amber Heard, awarding the “Pirates of the Caribbean” actor more than USD 10 million and vindicating his allegations that Heard lied about Depp abusing her before and during their brief marriage.

But in a split decision, the jury also found that Heard was defamed by one of Depp’s lawyers, who accused her of creating a detailed hoax that included roughing up the couple’s apartment to look worse for police. The jury awarded her USD 2 million.

The verdicts bring an end to a televised trial that Depp had hoped would help restore his reputation, though it turned into a spectacle that offered a window into a vicious marriage.

FE Exclusive: What next in Maharashtra? Former CEC SY Quraishi explains why Eknath Shinde must brace for a long haul

All About The Huge 4-Day Celebration