Boeing plans to fly 2 Super Hornet aircraft to India; All you need to know 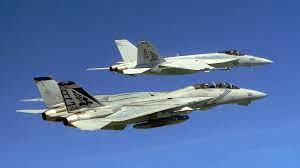 Boeing is in talks with top Defence officials in the country about F/A-18 Super Hornet, P-8I, F-15EX, KC-46 tanker as India plans to boost its defence capabilities.

Boeing is planning to fly two Super Hornet fighter aircraft for an operational demonstration to Goa before its potential buyer the Indian Navy this summer. According to the news agency PTI, Boeing’s India Business Development Alain Garcia made a strong sales pitch for F/A-18 Super Hornet. Gracia said the Super Hornet aircraft has been specifically designed from its inception for carrier operations, can operate from the Indian Navy aircraft carriers, and will meet or exceed the STOBAR performance requirements of the Indian Navy.

Boeing is in talks with top Defence officials in the country about F/A-18 Super Hornet, P-8I, F-15EX, KC-46 tanker for aerial refueling and ISR capabilities as India plans to boost its defence capabilities.

1. According to a senior Boeing executive, the Super Hornet is suited to protect India’s maritime interests. He said the Super Hornet and P-8I will open up opportunities for greater interoperability between the two navies for a secure Indo-Pacific.

2. The Block III Super Hornet comes with advanced networking and open architecture design that allows it to work jointly with the Indian Navy’s P-8I and other US-origin assets and rapidly accept new technology to stay ahead of emerging threats

3. The US Navy operates more than 800 Super Hornets and EA-18 Growlers, the electronic attack version of the F/A-18.

The Super Hornet has an affordable acquisition cost and also costs less per flight hour to operate than any other tactical aircraft in the US forces inventory, including single-engine fighters.

Maria Laine, vice president of Boeing’s International Business Development, said that India is one of Boeing’s enduring partners where “we have made strategic investments and will continue to do so in the future”.

The company has 3,500 employees in India and more than 7,000 people working with its supply chain partners.

“We are proud to support the many missions of the Indian armed forces that operate multiple Boeing aircraft…,” she said.

“In support of Aatmanirbhar Bharat and Make in India, Boeing sources over USD 1 billion from India, and Boeing’s Indian supply chain partners are exporting products made in India for the global aerospace market,” the company said.

After Army, ITBP Moves To Procure AK-203 Rifles For Replacing Its Existing Weapons

TSRTC may not resume AC bus services in Hyderabad