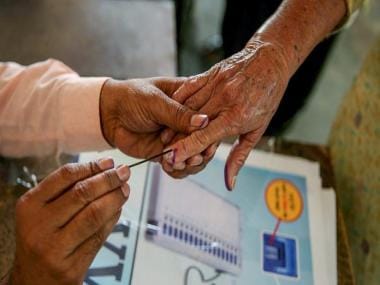 In Tripura, the BJP won three out of four seats, Congress won one each in Tripura and Jharkhand and YSRC retained Atmakuru in Andhra Pradesh

Here’s your guide to all the bypoll results declared on Sunday:

The BJP candidates swept the Uttar Pradesh bypolls on Sunday. They wrested both Azamgarh and Rampur from the Samajwadi Party that were hitherto considered their bastion. While, Ghanshyam Lodhi won the Rampur parliamentary seat by defeating his nearest rival by over 42,000 votes; Dinesh Lal Yadav (Nirhua) defeated Dharmendra Yadav, cousin of Samajwadi Party chief Akhilesh Yadav, by 11,000 votes in Azamgarh.

Following the victory, Chief Minister Yogi Adityanath said people have sent a message that they are not ready to accept dynastic and casteist parties and those who incite communal tensions and criminals. The chief minister said the BJP’s “double engine government” — dispensations of the same party at the Centre and in the state — has secured “double victory” in the state under the leadership of Prime Minister Narendra Modi.

BJP has bagged victory on three out of four seats in the Tripura bypolls while the Congress won one seat. The BJP won Town Bordowali, Jubarajnagar and Surma seats respectively.

Tripura chief minister and BJP leader Manik Saha won the Assembly poll from the Town Bardowali constituency by a margin of 6,104 votes. The bypolls in Tripura were crucial for Saha who replaced Biplab Kumar Deb last month. The dentist-turned politician himself was a candidate and fought his first-ever direct election to save his chief minister seat.

The AAP’s failure to retain the seat, considered as its pocket borough as Bhagwant Mann had won it twice, comes just three months after it registered a resounding victory in the state Assembly polls.

This also comes at a time when the AAP is aggressively campaigning for the upcoming assembly elections in Himachal Pradesh.

Rajinder Nagar bypoll results brought some cheer to the AAP after their candidate Durgesh Pathak defeated BJP candidate Rajesh Bhatia by a margin of over 11,000 votes.

YSRCP candidate and brother of the late minister Mekapati Goutham Reddy, Mekapati Vikram Reddy, won a landslide victory in the Atmakuru bypoll. He won by a majority of 82,888 votes.

The Opposition Telugu Desam Party (TDP) did not contest the polls. The TDP said it is the party’s tradition of not fielding its candidate against family members of deceased MLAs and MPs in by-elections.

Shilpi Neha Tirkey got a total of 95,062 votes, while Gangotri Kujur, who came second, got 71,545 votes. A total of 14 candidates were in the fray in the Mandar assembly by-election.

Prime Minister Narendra Modi thanked the people of the states, which went to elections, for casting their votes for the BJP.

Gratitude to all those who voted for @BJP4India in Andhra Pradesh, Jharkhand, Delhi and Punjab. We will keep working among the people and keep raising issues of public welfare.

Following the declaration of the Uttar Pradesh bypoll results, he tweeted:

The by-poll wins in Azamgarh and Rampur are historic. It indicates wide-scale acceptance and support for the double engine Governments at the Centre and in UP. Grateful to the people for their support. I appreciate the efforts of our Party Karyakartas. @BJP4UP

Home Minister Amit Shah tweeted: “The victory of the BJP in the Uttar Pradesh Lok Sabha by-election is a victory of the public’s confidence in the good governance and welfare policies established in the state by the government of Yogi Adityanatha under the leadership of Prime Minister Narendra Modi.”

BJP national president JP Nadda tweeted in Hindi, saying, “The historic victory of BJP in the Azamgarh and Rampur Lok Sabha by-elections of Uttar Pradesh is a symbol of the public’s faith in the welfare policies of Prime MinisterNarendra Modi and Chief Minister Yogi Adityanatha. Thanks to the people and congratulations to the workers on this huge victory.”

I sincerely and whole heartedly congratulate Sardar Simranjit Singh Mann and his party on their electoral victory in Sangrur parliamentary by poll and offer them our best wishes and cooperation.
We bow before the mandate of the people in true democratic spirit.

Meanwhile, Chief Minister Bhagwant Mann conceded defeated and tweeted “the decision of the people of Sangrur is on the head.. I am working sincerely day and night for the progress and prosperity of Punjab and will work harder.. I am your son and will leave no stone unturned to brighten the future of your families.”

But it was brighter at the AAP office in Delhi with Kejriwal and Durgesh Pathak celebrating their win in the Rajinder Nagar bypolls:

At least 19 people, including Tripura PCC chief Birajit Sinha, were injured in a clash between Congress and BJP supporters in front of the Congress Bhavan in Agartala, Tripura, after the results of the by-elections to the four Assembly seats in the state were declared. Police fired tear gas to disperse the mob.

Taking to Twitter, Congress leader Rahul Gandhi said, “I strongly condemn the vicious attack on our leaders & workers by BJP goons following @INCIndia’s win in the Agartala bypoll.”
“The people are with us. Shameful that the police stood as mute spectators instead of stopping the attack. These BJP goons must be brought to justice,” the former Congress chief said.

On the other hand, the BJP leadership of Delhi faced charges of “mismanagement” and “neglect of local workers” after party candidate Rajesh Bhatia who lost the Rajinder Nagar bypoll.

A section of Delhi BJP leaders and workers trained guns at the state leadership accusing it of “failing” to connect with local workers and focusing on meetings and star campaigners instead of having a direct reach out to the voters.

However, Delhi BJP president Adesh Gupta refuted the charges and said the party worked hard to win the bypoll. “We worked hard and managed to narrow the margin of defeat in Rajinder Nagar. Unfortunately, we could not convert our efforts into victory. The reasons for the defeat will be looked into and corrective steps will be taken,” Gupta told PTI.

Counting of votes began on Sunday morning in three Lok Sabha and seven Assembly seats spread across five states and Delhi where bypolls were held on 23 June.

James Curran on Australia’s Changing Perceptions of China – The Diplomat