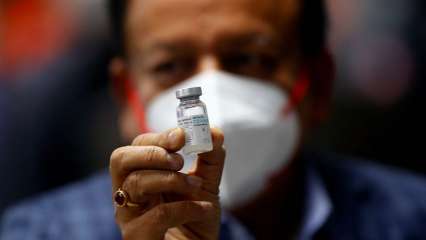 The Drugs Controller General of India (DCGI) has granted an extension of shelf life to COVID-19 vaccine Covaxin for up to 12 months from the date of manufacture.

Bharat Biotech, the company that produces the vaccine, had submitted its data to the regulator and sought a shelf-life extension for its vaccine.

Initially, when Covaxin received its first received emergency use approval in India, it had a shelf life of six months. It was later extended to nine months.

The company said that the approval is based on the availability of additional stability data.

The drug regulator’s extension approval came ahead of the much-awaited approval from the World Health Organization (WHO) regarding Covaxin’s addition for emergency use listing.

On Wednesday, the Technical Advisory Group (TAG), which is an independent advisory committee of the World Health Organisation (WHO), gave a nod to Emergency Use Listing (EUL) status for Covaxin.

“WHO has granted emergency use listing (EUL) to #COVAXIN (developed by Bharat Biotech), adding to a growing portfolio of vaccines validated by WHO for the prevention of #COVID19,” the agency tweeted.

The approval of Covaxin for emergency use listing will amount to recognition and help pave the way for people who have taken the dose to qualify for vaccine mandates in other countries. The approval was expected by the end of October but is still awaited by the biotechnology company.