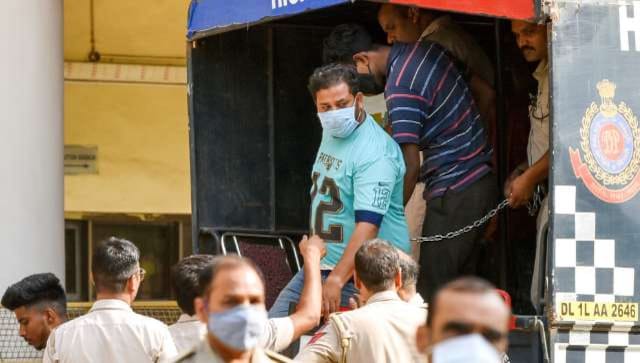 In the biggest development in Delhi’s Jahangipuri violence incident, the remand copy of the accused in the incident accessed by CNN News18 mentions that Ansar, along with his four-five companions, reached the Hanuman Jayanti procession carried out in the area and started fighting with the people.

Ansar and his companions started the ruckus, which acted as a trigger point. When the police intervened and asked Ansar and his accomplices to stop, and in no time the police were outnumbered by the crowd and that is how the peaceful Hanuman Jayanti procession turned violent, Delhi Police said in its remand note.

The Delhi Police maintains its stand that the violence was a “pre-planned conspiracy” on the day of the riots.

Another point that the Delhi Police made in the court is that it needs to find out the source from where these accused got the weapon. Although the police tried to stop Ansar, when he started fighting with the peaceful process, the cops tried stopping them, but the rioters did not stop and by that time the crowd had increased and many policemen got injured.

Amid the ongoing investigation of the Jahangirpuri incident, Delhi police are currently investigating Sonu Chikna’s viral video of a brandishing a sword at the mob during the incident. The Delhi Police has also deployed more security on the ground. The Delhi police are keeping a watch on the area via drones so that no untoward incident takes place.

The Delhi Police also stated that it is important to find the mastermind of the Jahangirpuri violence incident.

It is the first time that the Delhi Police is putting before the Court that Ansar, Sonu Chikna and others are not the mastermind, and the investigating team is yet to identify the man behind the Jahangirpuri clashes and for that the custodial interrogation of the accused was needed.

The third page of the remand copys says that the procession comprised of nearly 400 to 500 people, one chariot, two vehicles of sound system, 50 to 60 two wheelers and various devotees.

“The procession was initially peaceful but at around 06:00 pm, one person namely Ansar came with 4 to 5 associates and started arguing with the members of procession”.

The remand copy further read that the arguments culminated into stone pelting, stampede, though the police tried to pacify the situation but the stone pelting and raising of slogan gained momentum.

The Police said: “The intimation regarding the disturbance of law and order was duly sent to the control room North West District and additional police force was called for. Nearly, 40 to 50 tear shells were also fired after giving due warning to the crowd.”

It also said that during the investigation, on the basis of CCTV footage and identification by the injured persons, arrests have been made.

The remand copy said SI Meda Lal, PS Jahangirpuri sustained bullet injuries due to the riot situation that was created on the spot and six to seven police officers, public persons, received injuries. Damaged was caused to vehicles.

“Thus, in the backdrop of the above submission, request is made for granting of two day PC (police custody) remand of accused Ansar and Saleem @ Chikna,” Delhi Police remand copy to the court read.

It also said that since the investigation is at initial stages, PC remand is required to unearth the complete conspiracy and to trace out the entire chain of events. “Further the weapon used and their illegal source has to be unearthed,” the remand copy read.

“Further the sustained interrogation of the accused persons is required to ascertain to complete conspiracy and the mastermind behind the same,” the Delhi Police remand copy added.