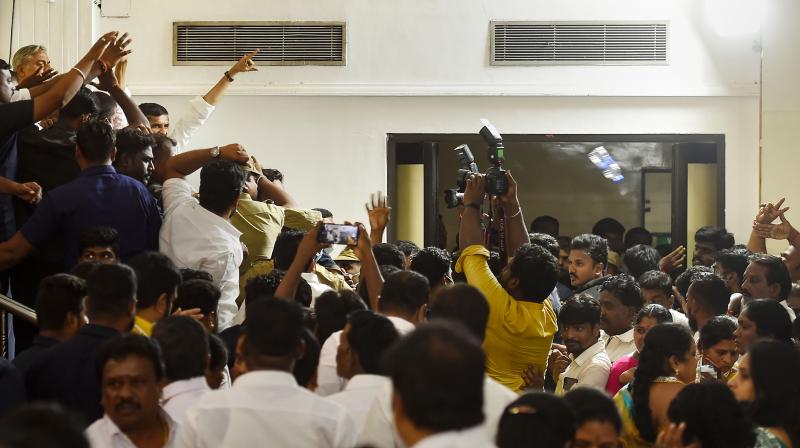 CHENNAI: The General Council meeting of the AIADMK, to crown its joint coordinator Edappadi K. Palaniswami as the undisputed ‘single leader,’ ended in an impasse less than an hour after it began on Thursday.

There was chaos, heckling, slogan shouting and intemperate behaviour by cadre without transacting any important business other than rejecting the 23 resolutions that were supposed to be passed.

It announced July 11 as the date for the next GC meeting in which the ‘single leadership’ issue would be formalised. Though the plan was to

Panneerselvam to the fringes, the Madras High Court verdict issued at

around 5 am, a few hours ahead of the meeting, prevented them from doing it.

from the moment he landed there in a propaganda van, abruptly left the meeting along with his close associates after the contentious ‘single leadership’ issue was discussed.

Netflix Games snags 'Into The Breach' as a mobile exclusive

Your Friday Briefing: After the Quake