After wheat and sugar, curb on rice exports next? 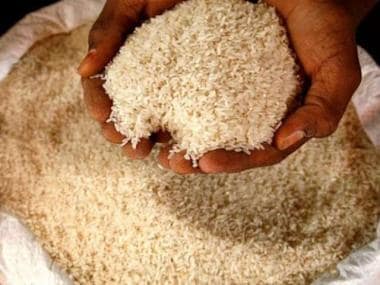 After the Indian government curbed exports of wheat and sugar, now rice could be next to ensure enough domestic supply and stave off a price hike.

As per a report in The Times of India, A committee led by the Prime Minister’s Office is doing a product-by-product analysis of essential commodities including non-Basmati rice and swift measures are expected if there are any signs of a price rise.

“Inflation is being tackled at the highest level. The price monitoring committee is meeting on every product and deciding the course of action,” an official privy to the details told the newspaper.

Another official told the newspaper export restrictions on five products are being considered, of which wheat and sugar have already been covered.

Sources said restrictions on rice could be similar to those on sugar whose exports have been capped at 10 million tonnes (mt).

India isn’t just the second-largest producer of rice in the world (after China,) it’s also world’s biggest rice exporter – accounting for 40 per cent of the global trade.

Some have warned that a curb on rice exports could further upset the global community already irked over the wheat and sugar export ban.

As Bloomberg noted: “India’s curbs on wheat and sugar exports sent shock waves through global markets as it marked an escalation in food protectionism that’s seen countries choke off flows of locally-grown supplies to the world. A similar move on rice by the No. 1 exporter at a time when crops like wheat and corn are soaring would threaten to plunge millions more into hunger and boost inflation risks.”

Rice has played a crucial role in helping stem the food crisis at a time when the world is reeling from the Ukraine crisis and still feeling the ill-effects of the COVID-19 pandemic.

“Unlike wheat and corn, which have seen prices skyrocket as the war in Ukraine disrupts supplies from a major breadbasket, rice prices have remained subdued due to ample production and existing stockpiles,” the Bloomberg report noted.

“The government has already imposed restrictions on wheat exports; it’s a matter of time when restrictions on rice exports might be considered,” said Radhika Piplani, an economist at Yes Bank Ltd, told Bloomberg.

But two officials involved in the decision-making told Hindu Business Line the Centre  has no plans to ban rice (non-Basmati) exports or announce any curbs on its shipments.

The first official said India had exported 21.1 million tonnes (mt) of rice (including Basmati) last fiscal and, despite that, the country had sufficient stocks. “Rice is a round-the-year crop and is mostly grown in irrigated areas. We have had another good year of a record crop,” he said.

“I am meeting a lot of rice importers at a trade fair. Everyone has a concern that they are getting feedback from Indian suppliers that the Government is going to ban non-Basmati exports, which is totally incorrect.  Importers will look for reliable supplier countries if the Centre does not make any policy clarification,” he said.

India on 13 May banned wheat exports after prices rose and a record-breaking heatwave damaged crops amid increasing food security risks for India and its neighbours.

The government was aiming at controlling the wheat and atta prices that have increased sharply owing to a rise in demand for exports and likely lower output in the current year.

The commerce department said in a notification that export of all wheat, including high-protein durum and normal soft bread varieties, have been moved from “free” to “prohibited” category with effect from 13 May.

The decision came in for criticism from the agriculture ministers of the G7.

“If everyone starts to impose export restrictions or to close markets, that would worsen the crisis,” German agriculture minister Cem Ozdemir said at a press conference in Stuttgart as per AFP.

But India remained undeterred, telling the UN on 19 May that “the measure would help the country manage its food security while still supporting vulnerable countries.”

On 26 May, India, the world’s biggest producer of sugar and the second-largest exporter after Brazil, placed restrictions on the export of sugar for the first time in six years.

Unlike wheat, the ban on exporting sugar isn’t comprehensive. From 1 June, traders can sell sugar overseas after seeking permission from the government.

“Export of sugar (raw, refined and white sugar) is placed under restricted category from June 1, 2022 onwards,” the Directorate General of Foreign Trade (DGFT) said in a notification.

The government has decided to allow the export of sugar up to 100 LMT (lakh metric tonnes) to maintain the domestic availability and price stability during the sugar season 2021-22 (October-September), it added.

According to the order, with effect from 1 June, 2022 until 31 October, 2022, or until further order, the export of the sugar will be allowed with specific permission of the Directorate of Sugar, Department of Food and Public Distribution.

The restrictions were introduced to improve the availability of sugar in the domestic market and also check the rise in prices.

The government’s worry is low stocks at the beginning of next season, which starts in October. A shortage of backup stocks during this time can push prices in the domestic market, according to a report by The Indian Express.

But India is hardly alone in engaging in such food protectionism.

A slew of countries have banned food exports:

Ukraine: Battling Russia’s offensive, Ukraine closed down its ports early in the war. It then announced that it would be banning export of rye, barley, buckwheat, millet, sugar, salt, and meat and introduced export licenses for wheat, corn and sunflower oil.

The ban on exports is effective till 31 December 2022. Ukraine’s decision to ban food exports has threatened the food supply and livelihoods of people in Europe, Africa and Asia who rely on the vast, fertile farmlands of the Black Sea region — known as the “breadbasket of the world”.

Russia: In March, the Vladimir Putin-led country announced a ban on exports of sunflower seeds till 31 August.

Russia and Ukraine are the world’s largest producers, accounting for 73 per cent of the global supply of sunflower oil, according to the Council of Palm Oil Producing Countries (CPOPC), a non-profit organisation based in Jakarta, Indonesia.

Russia also imposed a 700,000-ton export quota on sunflower meal and that will run to 31 August.

The country also suspended exports of wheat, meslin, rye, barley and corn until 30 June in a move to secure its home market with enough food.

Argentina: Argentina capped the volume of corn and wheat that could be exported in a bid to head off domestic grains shortages and tamp down rising food values in the country. The decision sent US corn prices to their highest in six-and-a-half years, reported Reuters.

Iran: Iran has indefinitely banned the export of potatoes, onions, tomatoes and eggplant. Iranian deputy minister of agriculture Jihad Abbas Askarzadeh in a letter said, “As a result of the conflict between Russia and Ukraine, a number of incidents have taken place in world markets, and the demand for some agricultural products in world markets has increased. At the same time, import duties on agricultural products in neighbouring countries have also been reduced. In addition, there is a need to regulate prices in the domestic market of Iran.”

Serbia: The European country has restricted the quantities of wheat, corn, flour and cooking oil slated for export till the end of this year.

Turkey: The Recep Tayyip Erdoğan-led country has put a ban on a variety of grain products as well as on beef, mutton, goat meat and butter. These restrictions will continue until 31 December.

Indonesia: Indonesia, the world’s top palm oil producer, had imposed an export ban on several palm oil based products late April in an attempt to secure domestic supply and bring down soaring prices.

The move had a cascading effect, making global vegetable oil prices soar across the board.