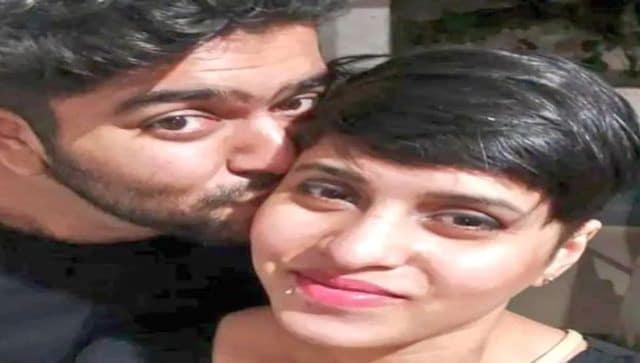 Aftab Poonwala met Shraddha Walkar in 2019 through a dating app. The couple quickly moved in, but their relationship soured. Image Courtesy: Twitter

New Delhi: Aftab Amin Poonawala after murdering Shraddha Walkar, pulled out a gold ring from her finger and allegedly gifted it to another girl whom he dated after chopping his live-in partner’s body into 35 pieces.

The girl who received the ring from Aftab has recorded statement before the Delhi Police.

Aftab allegedly met the girl on dating site – Bumble – whom he invited to his Mehrauli flat. When the girl, who is a psychologist, visited his house, the mutilated body parts of Shraddha were kept in a 300-litre fridge which he had purchased to store them before disposing of.

For the unversed, Bumble is the same platform where Aftab met Shraddha and convinced her to shift with him to Delhi from Mumbai.

Aftab used to invite the same girl often at his residence.

What did the girl say to the police?

The girl told the police that the ring was gifted to her by Aftab and when the cops dived deep into the matter, it was found out that the ring belonged to Shraddha.

This is the new evidence in the ongoing Shraddha murder case and the Delhi Police are expected to put it forward before the court in the next hearing.

During the interrogation with the Delhi Police, Aftab told that while dismembering Shraddha’s body after murdering her on 18 May, 2022, he took a gold ring that she was wearing and gave it to some girl, he had invited to his residence after her murder.

On Monday, Aftab will undergo another session of polygraph test at the Forensic Science Laboratory (FSL) in Delhi’s Rohini.

During the first round of the test, he complained of fever after which the Delhi Police took him to hospital.

Narco analysis, also known as truth serum, involves intravenous administration of a drug (such as sodium pentothal, scopolamine and sodium amytal) that causes the person undergoing it to enter into various stages of anaesthesia.

In the hypnotic stage, the person becomes less inhibited and is more likely to divulge information, which would usually not be revealed in the conscious state.