Aftab killed his girlfriend in heat of moment, but planned disposal in detail, say report 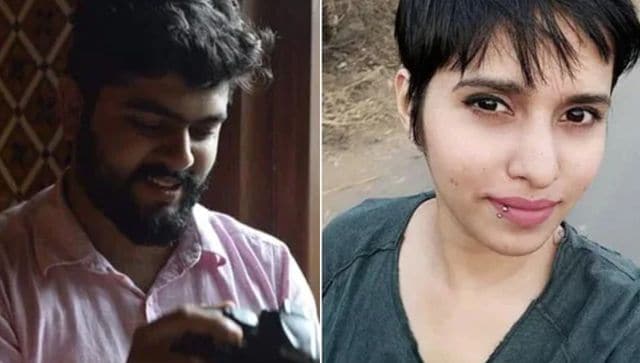 According to Hindustan Times, the police officers aware of the matter said that Aftab suspected that Shraddha was involved with another man. Thus, the argument turned into a fight and the couple exchanged heated words. This purportedly enraged Aftab so much that he allegedly strangled Shraddha to death- in a fit of rage and without any prior planning.

The report cited the police official as saying that everything Aftab did later on- chopping up Shraddha’s body, disposing of her body pieces after midnight and keeping her social media handles active- was improvised.

After killing her, the accused panicked and reportedly spent all night planning the ways he could dispose of the body without getting caught by other residents or the police. He recalled all that he had seen on TV shows such as Dexter, and thus decided to follow their ways.

Aftab reportedly told the Delhi police that removing Shraddha’s corpse from the flat located on first floor appeared risky, thus, he decided to cut the body into pieces and then dispose the parts across the national capital.

The 28-year-old also went to a nearby market at around 10 am on May 19, the next day of killing Shraddha and bought a hacksaw, three metal cutting blades, and black plastic garbage bags for Rs 150 in cash from a kitchen utensils store.

In order to preserve the body parts, he bought a refrigerator for Rs 19,000 and paid it via online service. He allegedly also made sure that the labourers, who delivered the fridge within an hour, do not enter the flat.

As per Aftab’s disclosure statement, Aftab closed the main door and the adjacent window from inside and dragged Shraddha’s body to the bathroom from the bedroom, where he removed her clothes, turned on the tap and started cutting off her body with the hacksaw. He turned on the water tap to let the blood flow into the drain and to ensure the sounds as he chopped up the body, which took two days, did not make sound, reported Hindustan Times.

After cutting the body, Aftab washed all the parts with water and packed them in the black garbage bags, that he kept in the refrigerator. On 21st May, he reportedly kept one bag with several chopped body parts in his backpack and left the flat at around 2 am. After walking a kilometre, he dumped the body parts in a forested area near Chhatarpur Pahadi crematorium.

Aftab did not throw the garbage bag along with the body, he instead disposed of the bag in trash bin on the way back to his apartment. He did the same with his blood-stained clothes and the hacksaw, which he allegedly threw into a forested area near Dhan Mill, which is over a kilometre away from his residence, reported HT.

To mask the smell from Shraddha’s body, he also bought incense stick every day and lit them across the flat for several days. He also used her cellphone and used her Instagram handle to text her friends. However, he did not answer any calls, making excuses every time.

After May 31, he switched off her phone and threw it into a river, while coming to Mumbai. After returning from Mumbai, he worked at a call centre in Gurugram, earning around Rs 52,000 per month.

He also started using Bumble after the murder and started dating another woman. She even visited the flat where Shraddha was killed.

How to stream the 2022 FIFA World Cup in USA • TechCrunch