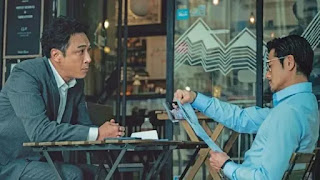 In “Insider,” Ng plays a police officer, who rubs up against a lawyer played by Kwok. But the two later became friends and collaborators to fight against the antagonist. The filming will involve large amounts of action and gunfight scenes.

The announcement of the new production also marks what could be a sign of recovery of the local film industry, which has been hit hard by the COVID-19 pandemic in both the production and exhibition sectors.

Cinemas were forced to close doors for a prolonged period in 2020 and again this year as the omicron variant caused a massive fifth wave in Hong Kong. Festive films that were originally scheduled for the Lunar New Year slots were suspended.

But as the disease moves into abeyance, film productions appear to be resuming. Another crime thriller feature from EMP, “War Customized,” directed by Herman Yau, is also in production. The film stars Jacky Cheung, Nicholas Tse, and Karena Lam, and is scheduled for release in 2023.