A look at PM Narendra Modi’s commitment to women empowerment

Since assuming power in May 2014, Narendra Modi has launched several schemes aimed at the welfare of women. On the PM’s 72nd birthday, we look at the efforts he has made to better the lives of India’s nari

“Women empowerment is crucial to India’s growth. Days of seeing women as ‘home makers’ have gone, we have to see women as nation builders!” Narendra Modi, then chief minister of Gujarat, had tweeted in January 2014.

With his commitment to ‘nari shakti’, Prime Minister Modi has launched various schemes during his tenure that began in May 2014.

When the Bharatiya Janata Party-led National Democratic Alliance dispensation completed eight years at the Centre this year, Modi had shared the ‘big picture’ or the achievements of his government in attaining the goal of women empowerment.

Sharing a series of MyGov tweets, Prime Minister Modi had said, “You will enjoy reading these articles on how a new paradigm is being created to further empowerment of women. These efforts cover diverse sectors and have ensured more dignity as well as opportunities for women.”

As Modi completes 72 years today, a look at his government’s schemes aimed at tackling disparity and uplifting women.

Under the scheme, training is furnished to local governing bodies, schools, and governmental departments in order to bring about social change and improvement. 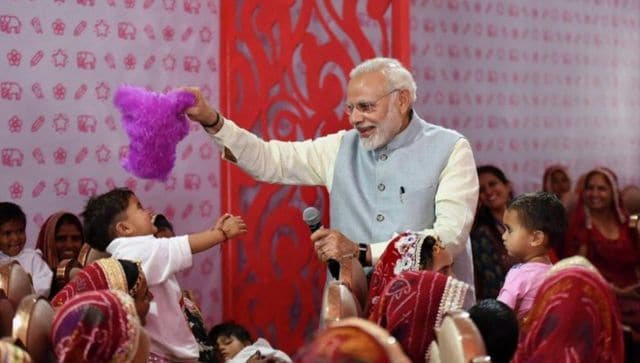 Girls who have Sukanya Samriddhi Account (SSA) in any bank and are below 10 years are eligible to avail this scheme. Only resident Indians can apply for BBBP.

Under Pradhan Mantri Ujjwala Yojana (PMUY), rural and deprived households are equipped with concessional LPG connections. The scheme aims to benefit women who use traditional methods of cooking that are detrimental to their health.

Since its launch on 1 May 2016, more than nine crore free LPG connections have been provided, as per the official data.

Earlier in May this year, a subsidy of Rs 200 per gas cylinder (for up to 12 cylinders) was announced by Union Finance Minister Nirmala Sitharaman for the Ujjwala beneficiaries.

With this, the price of the cylinder was reduced and a 14.2 kg cylinder now costs Rs 803. 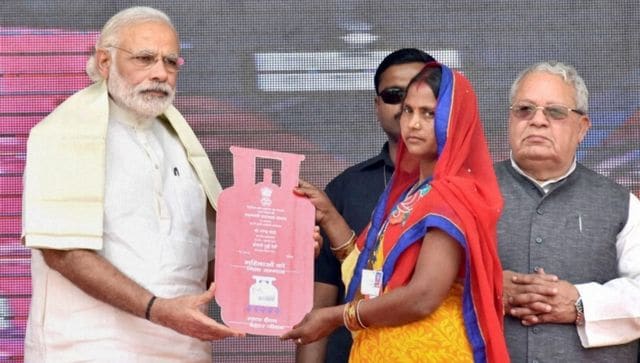 Over nine crore LPG connections have been provided under the Pradhan Mantri Ujjwala Yojana. PTI

One Stop Centre was floated by the government in 2015 for women in distress or those affected by violence. These centres provide myriad facilities in one place — police facilitation, medical aid, legal aid and counseling, psycho-social counseling and temporary shelter, as per the ministry of women and child development.

According to the official data, there are a total of 705 functional One Stop Centres across the country that have assisted over 4.50 lakh women till date.

“As per the scheme guidelines, district/state authorities are mandated for monitoring, coordinating and mid-course correction for effective implementation of the scheme. The ministry at various levels also reviews, from time to time, for effective implementation of the scheme and functioning of these centres by issuing advisories to states governments/UT administrations and conducting meeting, video conferencing etc with all concerned functionaries,” Women and Child Development minister Smriti Irani told Lok Sabha in a written reply in February this year.

Moreover, Sakhi Dashboard, an online platform, monitors the implementation of the scheme.

With the purpose to support female entrepreneurs, the Centre kick-started Mahila E-Haat, an online marketing platform.

These businesswomen can directly connect to the seller. They can display their product on the platform along with its image, description and price.

Women and Child Development ministry implemented the National Creche Scheme for Children of Working Mothers in 2017.

The scheme offers daycare facilities for children (aged six months to up to six years) of working mothers.

Notably, even though the Pradhan Mantri Jan Dhan Yojana (PMJDY) scheme was not specifically aimed at women, more than half (56 per cent) of the accounts are held by female beneficiaries. Since the launch of the scheme in 2014, over 46 crore bank accounts have been opened in the country with a deposit balance of Rs 1.74 lakh crore, Sitharaman said in August this year.

Implementing schemes to benefit women isn’t the only way Prime Minister Narendra Modi has empowered women. He has given them more space in the political scenario.

In fact, when Narendra Modi expanded his Cabinet during his second tenure as prime minister in July 2021, he inducted 11 women into his Council of Ministers. This is the highest number of women ministers in the Union government since 2004. The 11 women in Modi’s government — making it the highest number since 2004. PTI

Moreover, the BJP, Narendra Modi’s party, has also been giving more representation to women in politics. In 2019, it fielded more female candidates than any other party.

Today, Parliament has a total of 103 women of which 78 are in Lok Sabha. Of the 78 women in the Lower House, the BJP has the highest numbers with 40 women MPs.

Prime Minister Narendra Modi has also brought about change in women’s lives and empowered them by changing or bringing in new laws for their betterment.

Under his aegis, Parliament passed the triple talaq bill in July 2019. The passage of the Muslim Women (Protection of Rights on Marriage) Bill was a major success for the BJP-led NDA as well as for countless Muslim women across the country. 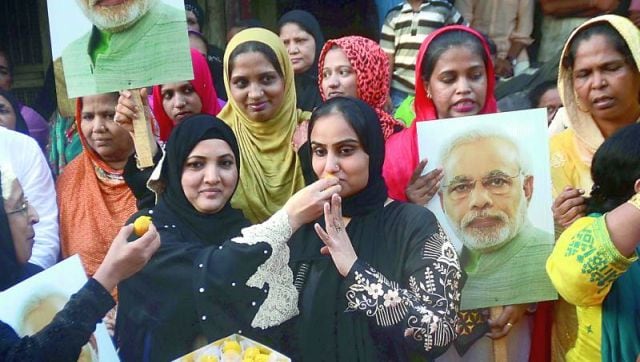 Also, his government revised the permissible gestational age for abortion to 24 weeks — up from 20 weeks — for vulnerable women through the Medical Termination of Pregnancy (Amendment) Act, 2021 and also proposed that the legal marriage age for women be raised to 21 years, at par with men, under the provisions of the Prohibition of Child Marriage (Amendment) Bill, 2021. Such actions ensure women’s self-governance and procedural independence.

It can be said that under the Modi rule, the future of India is ‘female’.